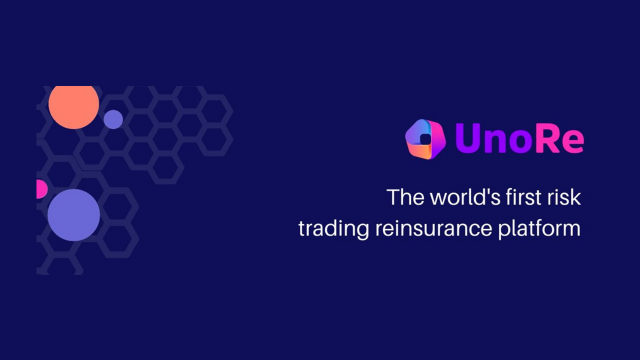 Sujith Sizon, Co-Founder of UnoRe has had a meteoric rise in the field of technology from the tender age of 16 due to his passion for technological innovation which led him to becoming one of the finalists at the world-renowned Google Science Fair. He continued on his quest towards excellence, bagging a prize at the prestigious Fintech hackathon organized by the world’s most well-known tech company, Google in his very first year of university. He did not rest there, as he was just getting started with his career in the blockchain space. His first venture also earned him the first prize at the TechStars Startup Weekend, and he has also competed in the Seaside Startup Summit, where participants worldwide were involved, and where his entry was recognized as the Best Smart City Solution.

Mr Sizon’s first blockchain project led him to win the first prize at the International NEM Blockchain Challenge, where he built and sold a decentralized marketplace for vehicles based on the Ethereum blockchain. Despite his young age, he ran advanced level courses on highly technical topics such as helping enterprises build and deploy their own blockchain structure. When he is not teaching, he dabbles in cybersecurity and is considered as one of the top security researchers on Xiaomi’s Security Hall of Fame.

“I’ve always had a fascination towards innovative technology that can help make people’s life easier. It is what gives me the motivation to work on projects that are in the DeFi space. I hope to make the world of technology a democratized for businesses to operate and thrive”

In early 2017, Sujith spearheaded the formation of Audace Labs – a blockchain consultancy firm aimed at helping founders successfully navigate the crypto space and assisting them in building decentralized applications (dApps). The company was responsible for developing, auditing, and launching some of the biggest blockchain-based projects in the MENA region. He was recognized and awarded as one of the youngest innovative individuals by the government of Dubai. The company later ventured into the InsureTech space where they built one of the biggest B2B2C Digital Insurance Sales SaaS platforms in the region. Alongside his co-founder Jaskanwar Singh he was able to grow his SaaS business by partnering with major clients in the insurance sector on multi-million dollar projects spanning the Middle East. Some of the biggest partners at Audace include Emirates Airlines and Etisalat – the former being the largest airline in the middle east, and the latter the 12th largest voice carrier in the world.

In addition to running his own successful scale up, Sujith also served as a Senior Technology consultant at a top-management consultancy firm advising clients in Europe and the Middle East (focusing on UAE, Saudi Arabia and Iraq). He worked with a team of partners who have previously worked in senior positions at top-tier international consultancies like McKinsey, Boston Consulting Group, A.T. Kearney, and PwC. Former clients have come from various fields, including insurance, telecom, oil & gas, financial institutions, and the public sector amongst others.

Mr. Sizon’s passion in technology has won him multiple global accolades, as well as netting him several multi-million-dollar governmental projects that he had spearheaded, and he has channeled his focus into a new venture, UnoRe, where he aims to democratize access to reinsurance through technology.

UnoRe will be the world’s first decentralised democratized crypto reinsurance platform, that aims to disrupt the closed world of reinsurance and open it to the public. We will offer the crypto community the option to trade in risk and invest in the UnoRe movement. Watch the space for more info: