The CoinPoker pre-ICO launches exclusively at Spectrocoin as of today (November 16th) with a hard cap of 100,000,000 CHP tokens. As the company is offering a 30% bonus and the price of 1 CHP stands at 0,05 EUR, it has already attracted the attention of both the online poker and crypto communities.

Coinpoker are going to be returning 15% of the tokens collected during the entire ICO to their community via its first tournaments. Factoring in the total maximum amount of CHP tokens that are going to be distributed (500 million), there is clearly potential for the prizepools to surpass seven figures in added value, which is unprecedented in the online poker world. In order to make their Pre-ICO more accessible, CoinPoker has opted to allow acquiring tokens via SpectroCoin exchange and wallet platform.

“SpectroCoin has a very successful practice of doing in-platform pre-ICOs and allowing people to get tokens by using different cryptocurrencies or even regular currencies,” said Warren Lush of CoinPoker. “It will allow poker players to purchase tokens even if they are new to cryptocurrencies, or if they are already using BitCoin, Nem, Dash, and others.”

After the Pre-ICO has finished on the 1st December, the remainder of the ICO will be carried out with the help of smart contracts and will only be available for acquisition using Ethereum. However, the users will then be able to use any e-wallet. Backed by legendary poker player and celebrity Tony G – Antanas Guoga as well as influential poker brands such as PokerNews, PokerTube, and High Stakes Database, this project is garnering a substantial amount of attention in the online poker community.

“Poker is my passion. I love this game. But online poker is sick & some things need 2 be changed there. Blockchain & crypto currencies could make poker trustworthy again. That’s why I am backing http://www.coinpoker.com,” stated Tony G said on his Twitter account. The poker player turned politician confirmed that he might consider leaving politics because of this project.

In contrast with the majority of ICOs, CoinPoker is already offering a MVP (Minimum Viable Product) on their website. They have launched a play-money application that is available for download for anyone who is interested.

By putting their RNG (Random Number Generator) on blockchains, using their own in-game currency CHP, and implementing an extensive fairplay security & fraud system, the project aims to offer fair play and global accessibility.

CoinPoker pre-ICO will finish on the 1st December latest, and the remainder of their ICO will be carried out in the first quarter of 2018. More detailed information on this project is available on their website at www.CoinPoker.com, with a public access to their introductory video, and Whitepaper.

In order to find more detailed information on this project, please refer to CoinPoker’s Whitepaper and for information on how to participate in the pre-ICO refer to the infographic here. 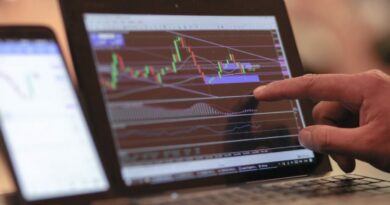 Is Q4 The Savior For Crypto? What's In the Store For Bitcoin & Altcoins