In 2021, Binance had a torrid year as it was forced to account for all its reckless flouting of global financial laws. 2022 is not starting any different for the digital currency exchange. It has been booted out of Canada’s largest province, and its subsidiary in India is at the heart of a tax evasion scandal with millions of dollars in unpaid taxes.

The Ontario Securities Commission (OSC) recently issued a statement notifying residents that Binance is not registered under securities laws in the province. “This means they are not authorized to offer trading in derivatives or securities to persons or companies located in the province,” the watchdog stated.

The regulator said it reached out to Binance concerning its operating without the necessary licenses, which Binance has become notorious for. The cryptocurrency exchange was offering its services in spot trading and derivatives without obtaining licenses in South Africa, Singapore, Hong Kong, the Cayman Islands, the United Kingdom, and several other jurisdictions. Binance has been forced to halt these products in most of these countries, but only after regulators came after the platform.

When the OSC contacted the exchange regarding its breach, Binance said that no new transactions involving Ontario residents would take place after December 31. However, as Ontario users revealed on social media, the exchange went behind the regulator and told its customers that services would continue unabated.

Binance stated that it had taken the first steps on the regulatory path by registering with FINTRAC (Financial Transactions and Reports Analysis Centre of Canada) as a Money Service Business. This, according to the exchange, allowed it to continue service for Ontario residents as it pursued full registration.

“As a result of ongoing and positive cooperation with Canadian regulators, there is no need for Ontario users to close their accounts by December 31, 2021,” the exchange told its users.

The Ontario watchdog is having none of this, terming the notice by Binance to its users as “unacceptable.”

“No entity in the Binance group of companies holds any form of securities registration in Ontario. Unregistered platforms operating in Ontario may be subject to action, including temporary orders, to ensure compliance which could affect their ongoing local business operations,” it said.

Canadian regulators have been stringent on digital currency exchanges, with the OSC being the toughest. It has taken action against other top exchanges, including KuCoin, Poloniex, OKEx, and ByBit. Currently, only six exchanges are listed as fully licensed to operate in Canada—CoinSmart, Netcoins, Bitbuy, Fidelity, Coinberry, and Wealthsimple.

Binance subsidiary at the heart of tax evasion in India

As Binance Global struggles with regulatory clampdowns in dozens of jurisdictions, one of its subsidiaries is at the heart of a tax evasion scandal by digital currency exchanges in India. WazirX was found to have evaded paying over $5 million in taxes, using its native token to circumvent taxation requirements in the country.

The Central GST and Central Excise committee (CGST Mumbai Zone) spearheaded the exercise, cracking down on the largest exchanges, including Binance-owned WazirX, CoinSwitch Kuber, CoinDCX, Unocoin, BuyUCoin, and others.

“These service providers were charging a commission for their facilitation to indulge in exchange of bitcoins but were not paying GST tax. These transactions were intercepted by DGGI, and they were confronted with evidence that proved non-payment of GST,” an official source told a local news agency.

Collectively, the exchanges owed the government close to $10 million in unpaid taxes. However, the Binance subsidiary owed the overwhelming majority, accounting for over 50% of the unpaid taxes.

WazirX charges users a commission of 0.2% for their trades if they pay in the local rupee or other digital currencies. It also has a native token, WRX, and if users choose to pay for their trades in this token, the commission goes down 50% to just 0.1% of the traded value.

The taxman found that WazirX failed to pay $5.45 million in taxes on its WRX token commissions and imposed over $500,000 more in penalties and interest rates.

WazirX and its CEO Nischal Schetty, who is usually very vocal and telegenic, have refused to answer questions from media agencies, both local and global.

However, Zanmai Labs, the company that developed and manages the WRX token for WazirX, stated that it has been paying the GST tax in accordance with the law. It blamed the ambiguous local regulations for the mishap, which it said it was more than happy to clear up with the taxman.

“There was an ambiguity in the interpretation of one of the components which led to a different calculation of GST paid. However, we voluntarily paid additional GST in order to be cooperative and compliant. There was and is no intention to evade tax,” a spokesperson for the company told the local newspaper Economic Times.

Follow CoinGeek’s Crypto Crime Cartel series, which delves into the stream of groups—a from BitMEX to Binance, Bitcoin.com, Blockstream, ShapeShift, Coinbase, Ripple,
Ethereum, FTX and Tether—who have co-opted the digital asset revolution and turned the industry into a minefield for naïve (and even experienced) players in the market.

Former CDC Officials Predicts the Next Phase for the Novel Coronavirus 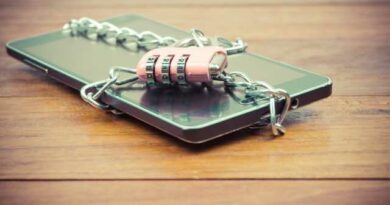