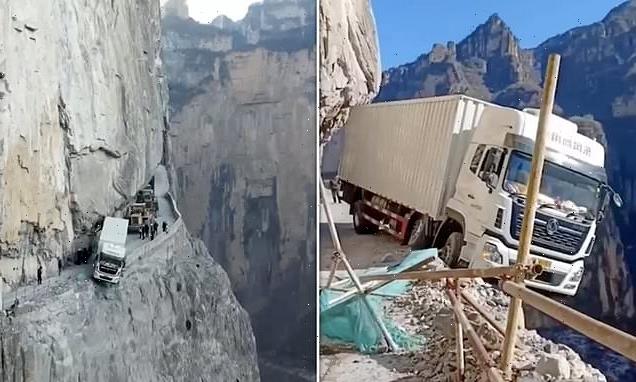 Nail-biting footage shows just how close a truck came to plunging off a 330ft cliff in China after the driver followed his sat nav up a narrow mountain road.

The incident happened on January 1 near the city of Changzhi in Shanxi Province in northern China.

Local officials said the driver continued along the narrow mountain road because he was following the directions on his sat nav. 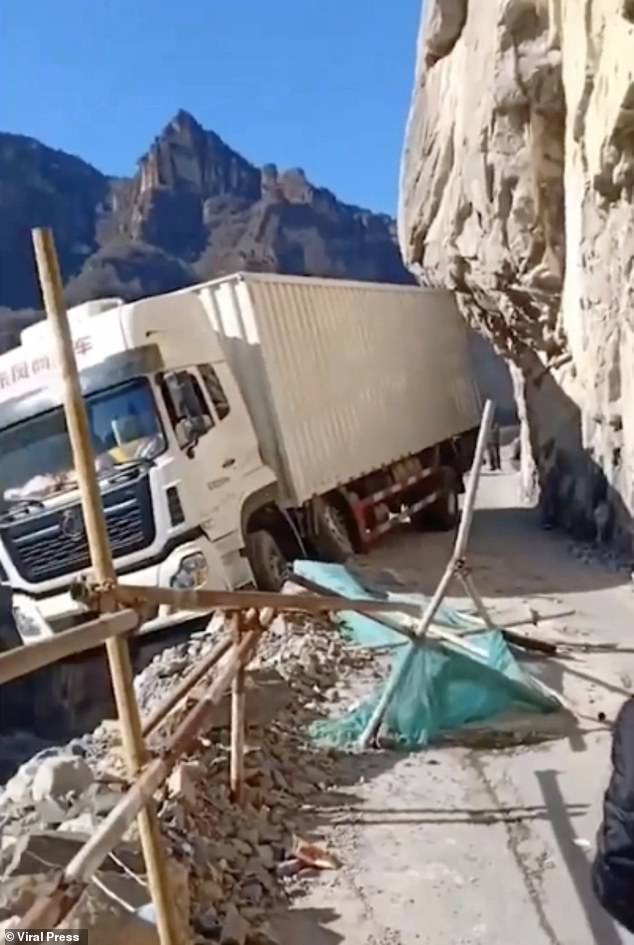 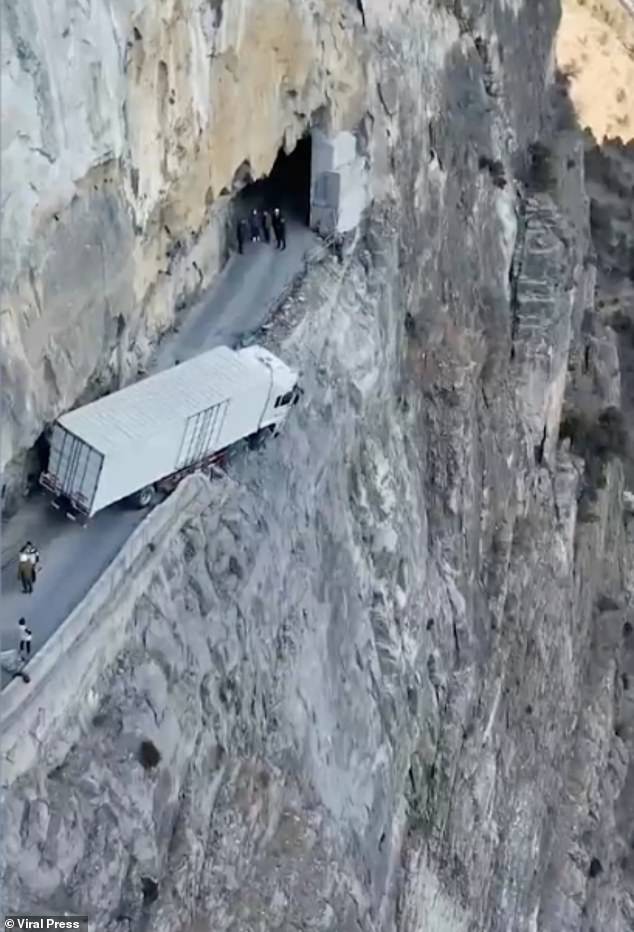 The trucker was following his sat nav device along the mountain track on January 1 when the roadway became too narrow to continue. 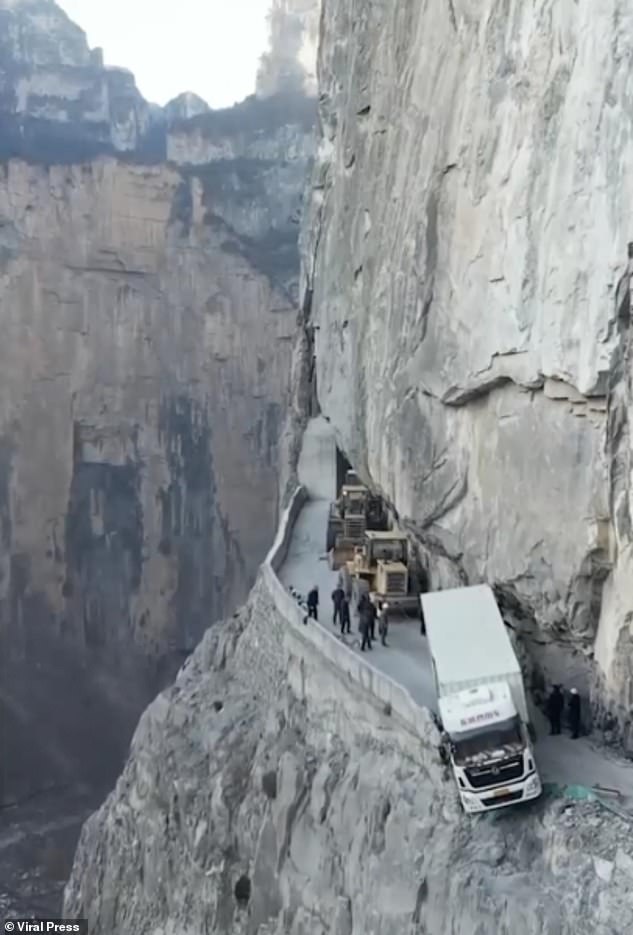 However, as the road became increasingly narrow the driver decided to go back down the mountain, but was unable to turn his truck.

Instead, he began reversing the lorry, edging between the rock face on one side and a steep cliff on the other.

One of the truck’s wheels slipped off the roadway, leaving the vehicle dangling perilously over the cliff.

The driver and a passenger managed to escape from the cab before an attempt was made to rescue the truck from tumbling down the mountain.

Rescuers used three heavy dumper trucks to drag the truck back onto the roadway.

The rescue squad chained the three dumpers together and bolted a pulley known as a snatch block to the side of the mountain.

The team then attached a heavy steel wire to the truck, around the pulley to the first of the dumper trucks. 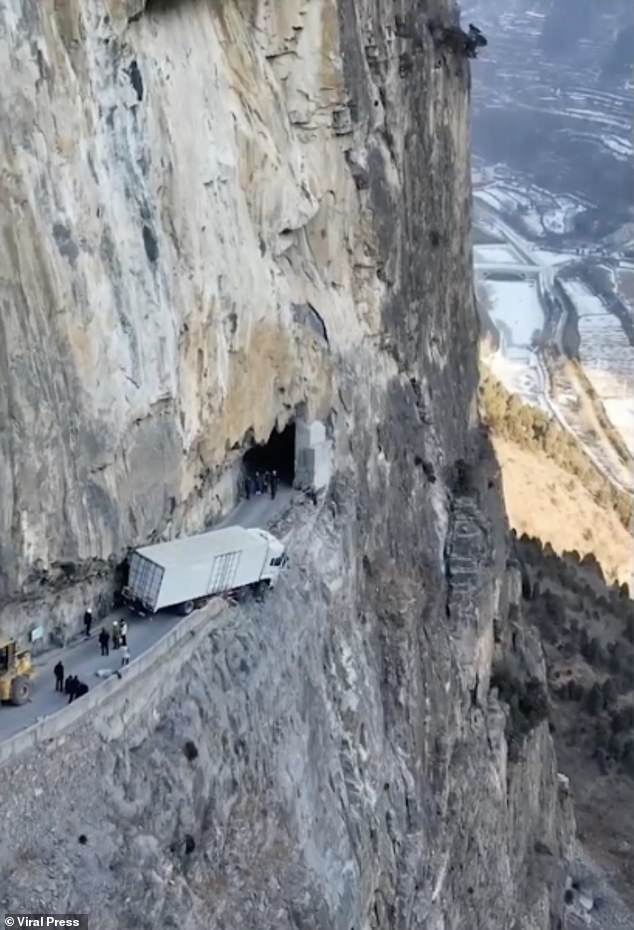 Once everything was safely attached, the rescuers reversed up the mountain, pulling the truck back onto the road.

The pulley ensured the truck was pulled backwards onto the carriageway, preventing the vehicle from being dragged sideways and sliding down the mountainside – possibly pulling the dumper trucks with it.

According to CGTN, the roadway was reopened on January 4, having been closed since January 1. 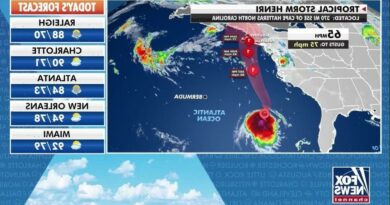 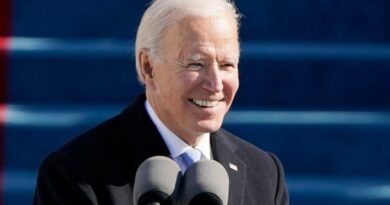 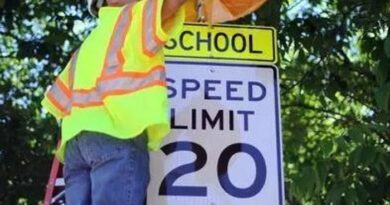