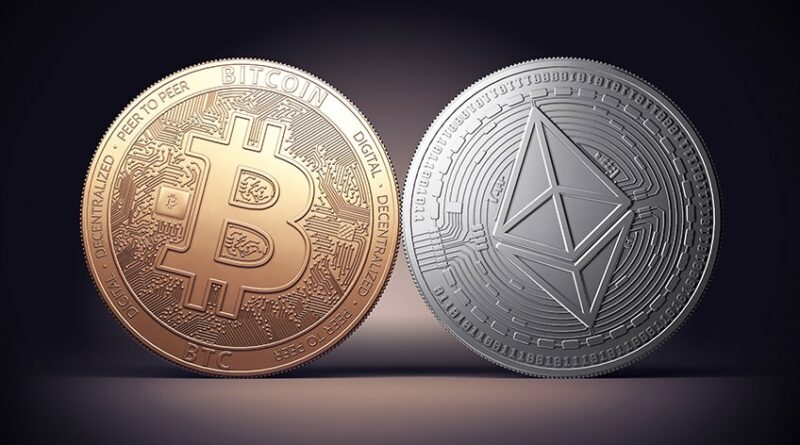 The overall cryptocurrency market continues to stay under pressure and has lost $400 billion over the last week slipping below $1.4 trillion. Slipping another 6% today, Bitcoin (BTC) is down 20% on the weekly charts and testing up crucial support levels at $44K.

At press time, BTC is trading at $44,692 with a market cap of $833 billion. Popular bitcoin analyst and trader Josh Rager notes that if the BTC price slips below $44K, its next support is at $40K.

However, CryptoQuant CEO Ki-Young Ju has stated that institutional players are likely to defend the $44K as a lot of players have entered at this stage. Despite Bitcoin remaining under pressure, the on-chain data for the world’s largest cryptocurrency continues to improve.

On Saturday, CoinGape reported that over 13K Bitcoins moved out of Coinbase to cold storage with Bitcoin liquidity further reducing. Another data from Glassnode now shows that miners have now stopped selling and rather started accumulating. On Friday, February 26, it was for the first time in 2021 that the net miner position turned positive.

On the other hand, the “Bitcoin Reserve Risk” is only half-way through the peak of its 2017 levels. Analysts see it as a positive indicator and expect higher moves in coming months.

Just like Bitcoin, Ethereum (ETH) continues to remain under major pressure and has slipped below $1400 levels today. At press time, ETH is trading at $1393 with a market cap of $159 billion. With this drop, Ethereum has lost all its February 2021 gains and is currently at levels seen during the start of the month.

The Grayscale Ethereum Trust (ETHE) Premium has dropped 5.21% and is currently trading at a discount. However, Grayscale has made aggressive purchases this month in February buying a total of 239,769 ETH worth over $356 million. But since February 20, Grayscale’s net assets under management (AUM) have dropped by $1.5 billion.

However, the on-chain data for the Ethereum blockchain also supports positive price action in the future. As Santiment reports, the Ethereum token supply continues moving away from exchanges. 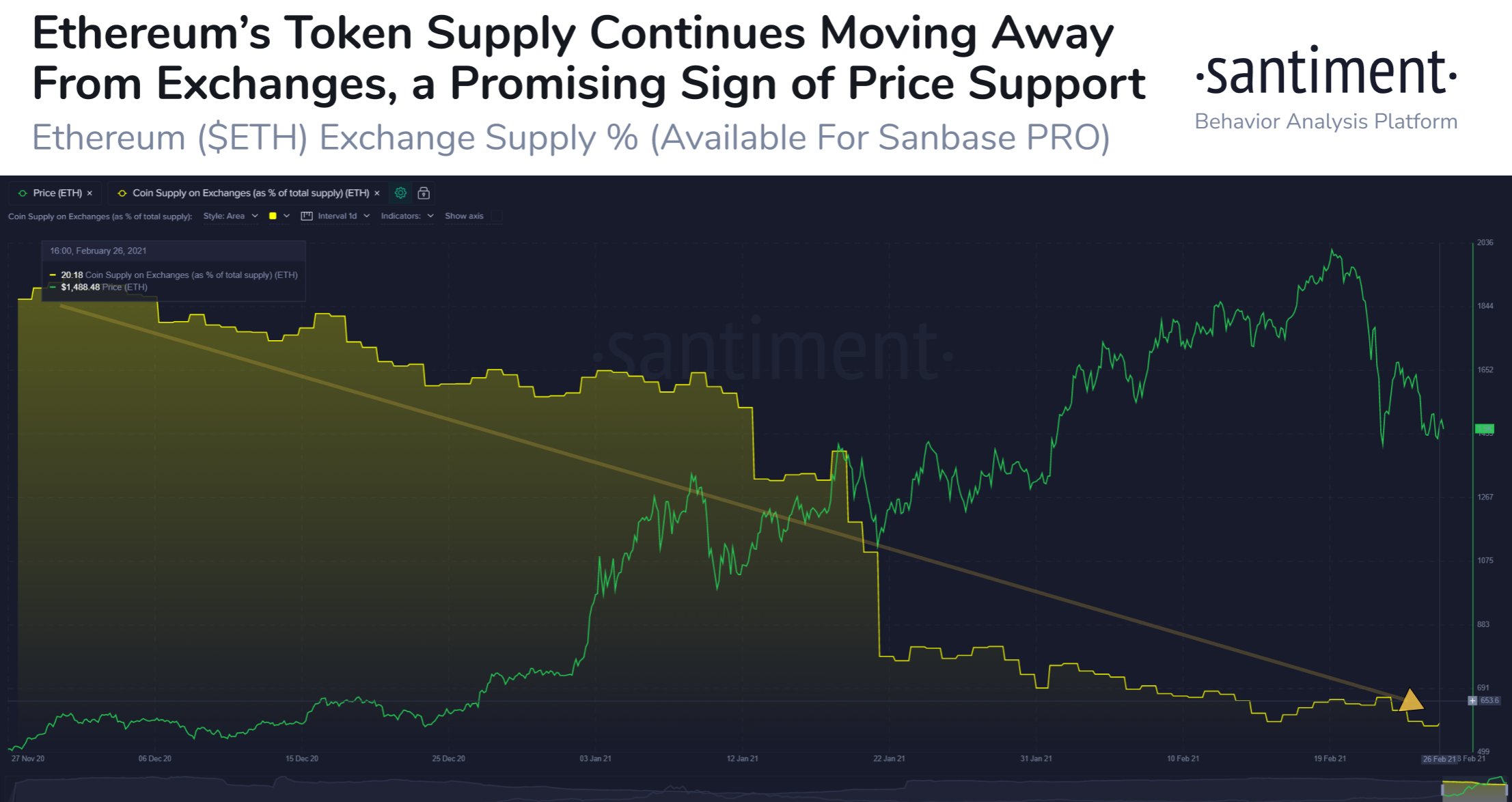 Another important piece of data is that the Ethereum average transaction fee has significantly dropped from its all-time high above $37 last Monday.

Binance To Launch FIAT To Crypto Exchange In Liechtenstein