Home » A Day Before He Speaks, Conservative Gathering Is Mostly About Trump 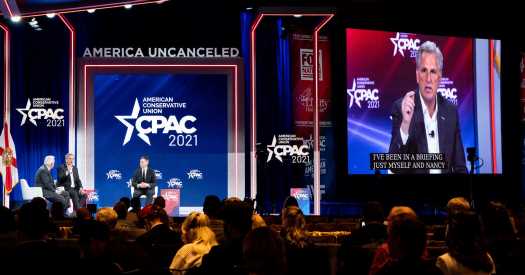 At CPAC on Saturday, the focus was on praise for Mr. Trump in advance of his speech there on Sunday. 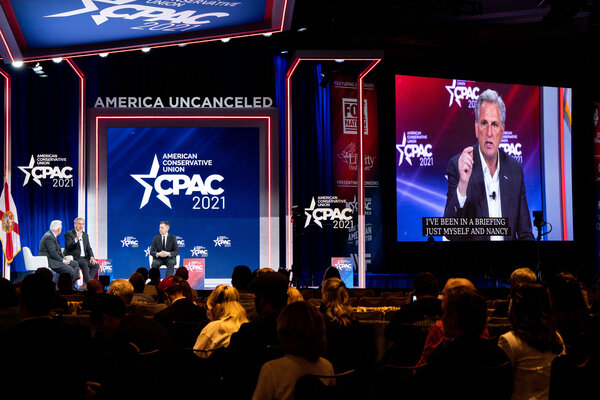 ORLANDO, Fla. — A pair of influential House Republicans used a conservative political gathering on Saturday to lavish praise on former President Donald J. Trump and, in ways subtle and direct, marginalize their G.O.P. colleagues who have distanced themselves from Mr. Trump in the aftermath of the Capitol riot last month.

House Minority Leader Kevin McCarthy, who faulted the former president for his role in the attack and at one point considered asking him to resign, credited Mr. Trump at the annual Conservative Political Action Conference with helping Republicans with their surprise gains in the House last year.

“You know why we won that?” Mr. McCarthy asked of the 14 seats the G.O.P. claimed in 2020. “President Trump worked on all these races.” He also recalled how Mr. Trump, even when in quarantine after his coronavirus diagnosis, would do “rallies over the phone for each district.”

The top House Republican sat onstage alongside Representative Jim Banks of Indiana, an emerging conservative leader who answered a question aimed at minimizing the party’s internal fractures by drawing attention to them.

Mr. Banks highlighted Mr. McCarthy’s popularity before pointedly noting that “the least popular” congressional Republicans “are the ones who want to erase Donald Trump and Donald Trump supporters from our party.”

On Politics: Mueller Breaks His Silence