The mid-week analysis of the cryptocurrency market reveals a battleground dominated by the bear. Cryptocurrencies reigning on the charts such as Bitcoin [BTC], Ethereum [ETH] and Bitcoin Cash [BCH] all seem to be struggling to get out from the bear’s grasp, with bullish spikes being quashed by the bearish pressure. Bitcoin [BTC], the most popular cryptocurrency, has teased holders and enthusiasts with sporadic price spikes which has still failed to break the price resistance.

The trend lines on the Bitcoin chart show the cryptocurrency undergoing an uptrend and downtrend to form two canyons tending towards the support line. The support has been holding at $6,364.37 with the recent price hike to $6458.14 teasing to break to cross the resistance which is at $6,478.64.

The Awesome Oscillator indicates a mix of bearish and bullish signals. The recent bullish run has caused the market momentum to shoot up which is evidenced by the green spikes.

The daily charts show a Bitcoin support level at $5857.16. The current trend line indicates an acute downtrend with the price falling since the price breached the $8000 barrier in July.

The Bollinger bands are almost closing down after a bearish outbreak that saw the price move sideways. The chart also shows that the outbreak clouds have become smaller in size which is indicative of a slow market with few fluctuations.

The MACD histogram has been flattened as a result of the sideways price movement. The signal line and the MACD line are moving very close to the axis as a conjoined pair. The MACD line seems to be on a slow bullish upturn which paints a picture of a bull market.

The Bitcoin price resistance is not likely to be broken anytime soon as an aftereffect of the cryptocurrency settling for a sideways movement. The RSI, AO and the Bollinger all point to a bear market with just the MACD graph acting as a bull supporter. 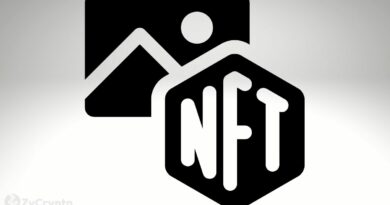