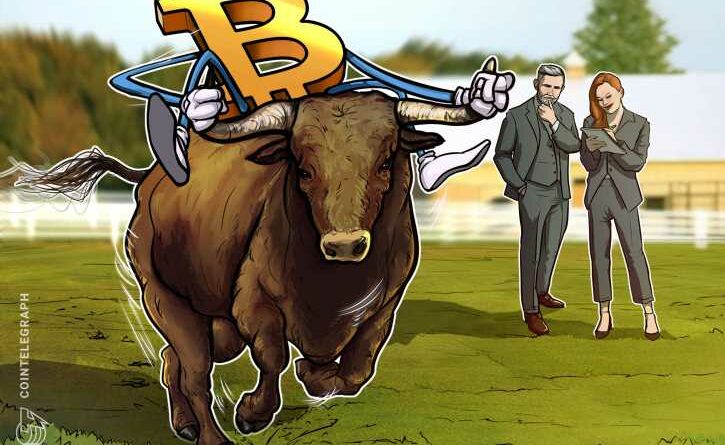 Famous for its volatility, Bitcoin’s price constantly waffles both north and south. While it recovered quickly from its pandemic-induced drop in March 2020, going on to break record highs, that doesn’t mean the asset is bulletproof against a similar event in the future. The director of business development for smart chain platform Komodo, Jason Brown, recently weighed in on what could possibly cause another COVID-19-style price decline for Bitcoin (BTC).

“I think such a scenario is unlikely given the current uptrend in institutional adoption,” Brown told Cointelegraph. “On the other hand, we couldn’t have predicted that COVID would have caused such an abrupt crash and short-term bear market followed by the subsequent bull run that started in the summer of 2020.”

March 2020 saw Bitcoin plummet 50% inside 48 hours alongside similar slides in other traditional markets. Since then, a number of mainstream giants, such as MicroStrategy and MassMutual, have unveiled massive U.S. dollar allocations to Bitcoin. MicroStrategy, in particular, under its CEO Michael Saylor, has become a big proponent of Bitcoin, in part as an act against inflation. “Institutions clearly have a long-term HODL mindset and aren’t speculating,” Brown said.

Plans can change, however, when people or companies need to spend capital to stay afloat. “The potential challenge is what happens if the institutions themselves go under, even if it’s related to factors outside of the current crypto market,” Brown explained.

Given Bitcoin’s recent advancement past $41,000, buying now means buying into all-time high prices. Big players loading up on crypto are doing so at higher than average price levels, Brown explained. “This means we could see a scenario in which an institution is in a financial crunch if crypto prices are declining or stagnant, and thus they decide to sell below market averages,” Brown said, adding:

“Although highly theoretical and unlikely, this could cause a cascade effect in the opposite direction and send us back to a bear market. We used to talk about how whales (high net worth individuals) move the market, but now the total supply of top cryptocurrencies is even more centralized. In the future, all it might take is one really large sell-off from one major institution to have a noticeable impact on the market — even more so than the bear market that began in 2018.”