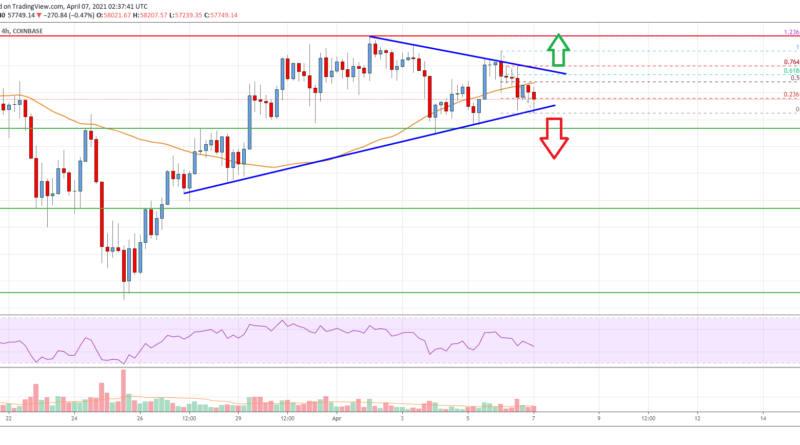 Bitcoin price is trading in a range above $57,000 against the US Dollar. BTC must stay above $56,600 to avoid a sharp decline in the near term.

In the past few sessions, bitcoin price saw a steady increase above the $58,000 resistance against the US Dollar. BTC even traded above the $59,000 level, but it failed to continue higher.

Looking at the chart, bitcoin price is clearly preparing for the next move and trading below the 55 simple moving average (4-hours). Overall, the price could start a strong rally if there is a clear break above the $58,650 and $58,800 resistance levels.

4 hours MACD – The MACD is slowly losing momentum in the bullish zone.

4 hours RSI (Relative Strength Index) – The RSI is just below the 50 level.

SEC: Broker-Dealers With Custody Must Comply With Customer Protection Rule