Bitcoin is in a steady downtrend as it edged below the latest lows and seems to be going for more. Price has also recently bounced off the top of its descending channel and is testing the mid-channel area of interest at $6500.

A break below this near-term support could open the floodgates for a move towards support closer to the $5000 mark. The 100 SMA is safely below the longer-term 200 SMA to signal that the path of least resistance is to the downside. This means that the selloff is more likely to continue than to reverse.

Still, a bounce off the mid-channel area of interest could lead to a pullback to the channel resistance near $8000 and the 100 SMA dynamic inflection point. A break past this level could mark the start of a reversal, although bitcoin will have to bust through the 200 SMA at $9000 to further prove that it has gained bullish traction.

Stochastic is on the move down to confirm that sellers have the upper hand, but the oscillator is also approaching oversold levels to reflect exhaustion among bears. Turning higher could draw buyers back in.

The dollar has stayed mostly supported across the board on easing geopolitical tensions surrounding trade war jitters. However, these fears could still resurface and weigh on the US currency as Trump tends to emphasize his protectionist views every now and then.

But what’s particularly weighing on bitcoin is the slew of negative reports towards the end of the month, led by Google and Twitter setting a ban on ads from ICOs on their platforms and a few more regulatory-related updates. To top it off, the charts have also showed a death cross that spooked more investors to liquidate their holdings.

Some say, however, that bitcoin is finally reaching a bottom and could see better days ahead. Note that most of the G20 commentary has been positive for the industry as leaders didn’t seem opposed to further developments. 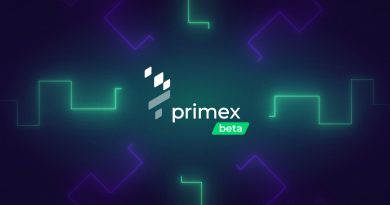 Delta Capita Names Sarah Carver as its Head of Digital