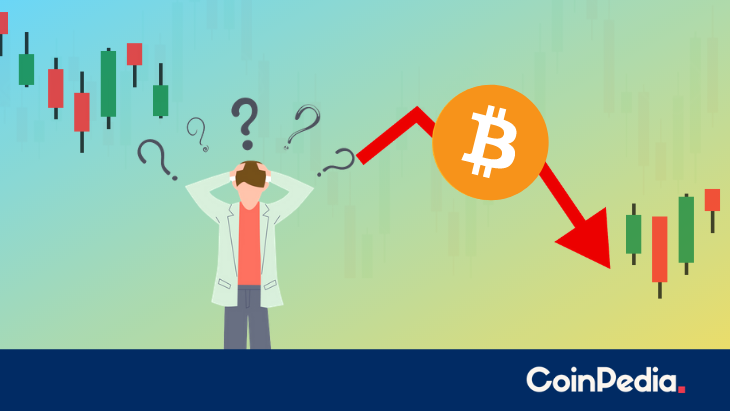 Bitcoin bull rally appears to have slowed down as the BTC price is failing to sustain above $35,000 consecutively. In the 4-hour price chart, the formation of the head and shoulder pattern has created chaos in the crypto space of a possible breakdown for the asset.

As the neckline of the pattern has formed around $30,000, many speculate that the asset may visit these levels to complete the pattern. However, the further movement will be very pivotal as the price may bounce back or stoop to the lowest levels.

One of the popular analysts, The Moon predicted that if the neckline is broken as the BTC price did in March 2020, the price may drop close to $20,000 levels.

Yet, another popular analyst, MMCrypto has presented a scenario where-in Bitcoin may rebound back and strongly head towards its All-time high. As per the analyst, a W-shaped pattern is formed in the hourly chart and a possible breakout may lead the bullish trend towards the set target at the ATH.

Will Bitcoin be a Centralized-Peer-to-Peer Network?

As the Bitcoin price is expected to decline to the lowest ever levels in the coming days, the Bitcoin whales have begun accumulation. More and more bitcoins have been an influx in the unknown wallet from various exchanges.

The popular platform, Whale alert, which records the huge and most interesting transactions in the crypto space, has recorded numerous bitcoin transactions off-let. A total of 53,820 bitcoins has been transferred in the last 24 hours which accounts for nearly $1,873,743,300 with $34,815 per bitcoin at the press time

Why the biggest cryptocurrenciews still keep going down! Cryptocurrency news

Why Bitcoin Price Looks Ready For Another Leg Over $19,500