At press time, bitcoin is trading for approximately $9,130 following a long week of volatility exploits and price drops. The cryptocurrency has been experiencing massive swings between the $8,900 and $9,500 range, and it’s unclear if or when bitcoin will decide to settle before another respective run.

Just over a week ago, bitcoin was trading for approximately $11,200, though drops have likely occurred thanks to ongoing regulatory tactics. Currently, China’s IT Ministry is set to implement “official” blockchain standards. While the country has shown it’s not for a solid ban on cryptocurrencies altogether, it has taken stances against unregulated or energy-consuming activity. To limit mining, for example, China has reduced the amount of electricity originally made available to miners. It has also blocked cryptocurrency exchanges on social media, and even censored them on applications like WeChat.

Perhaps the biggest blockade came last week when the nation decided it would block platforms that granted investors the chance to trade on overseas exchanges. The sentiment seems to be official: you either trade in China, or you don’t trade at all.

Presently, Asia seems to be a central hub for bitcoin use – and related problems. In Japan, the Financial Services Agency (FSA) explained it would enter a roll of “punishing” cryptocurrency exchanges that did not fully work to protect the financial assets or privacy of their customers. The move stems from the recent malware attack on Coincheck, one of Japan’s largest cryptocurrency exchanges. Over $500 million USD in NEM was stolen; the hack occurred in January, yet it’s taken Coincheck months to come to terms with repaying its clientele. Executives have stated that they will begin reimbursements later this week.

But Coincheck marked an ugly turn in Japan’s relationship with bitcoin. The country now “boasts” two of the largest cryptocurrency heists in history (the first being Mt. Gox), and regulators are seeking to prevent another event like this from happening again. Thus far, two exchanges have been forced into 30-day closures, while several others have been hit with administrative penalties.

It’s a solid move to say the least, but bitcoin’s price fell a whopping seven percent following the news that Japan would be taking such a hard stance. Some question whether the regulation is truly needed, while others feel a (likely) temporary drop in bitcoin’s value is a small price to pay, granted the likes of Mt. Gox and Coincheck never repeat themselves.

Additionally, the Securities and Exchange Commission has weighed in on bitcoin and cryptocurrency exchanges in recent days, warning against unregulated platforms and saying that all crypto exchanges trading digital currency assets as securities must register with the agency. Bitcoin’s price fell by approximately ten percent following the organization’s sentiment that regulation was necessary for exchange and ICO activity.

Per evaluations on Tradeview.com, bitcoin lies in a position where $6,000 is slated to be its annual low point, though a high of $50,000 is still thought possible, and buying and waiting for things to enter bull territory yet again appears to be common sentiment amongst analysts.

Bringing Cryptocurrencies into the Real World – Can It Be Done?

Saga Unveils a Stablecoin With a Twist 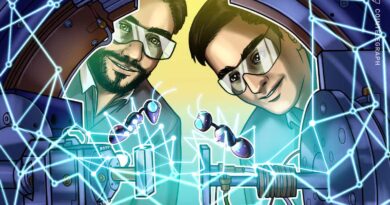