The Bittrex exchange is heading in a rather interesting direction. While the company is looking to make a positive impact, its updated terms of service will undoubtedly raise a lot of questions. More specifically, prohibiting customers in sanction-ridden countries from using this platform sets a dangerous precedent.

In the past year or so, things have evolved in an interesting direction for the Bittrex exchange. More specifically, the company made it clear that users who had not verified their accounts would have lower withdrawal limits. Although that change was communicated well in advance, the company still faced a lot of criticism because of the decision. It is evident this change in policy was a positive one, although a lot of users did not see it that way.

The site’s most recently updated terms of service introduce another change which people will either agree with or detest. More specifically, the Bittrex exchange is now restricting access to its trading platform. Anyone living in countries embargoed by the United States is no longer welcome to make use of the service moving forward. It is evident this was a politically-influenced decision first and foremost, and the company wants to adhere to all regulations to the best of its ability.

Although users from dozens of countries could now theoretically be ineligible to make use of the Bittrex exchange, that is not true as of right now. Instead, the platform is excluding residents of just five nations. They are the countries one would expect: Crimea, Syria, Cuba, North Korea – for obvious reasons – and Iran. This change is not entirely unexpected at this time, as it seems countries such as North Korea have been showing increasing interest in cryptocurrencies.

Surprisingly, this change in policy does not bar Russian traders from using the Bittrex platform – for now, anyway. There was some initial concern that Russian traders might be banned, as the country has been sanctioned on multiple occasions by the US government over the years.

It is evident this decision was not random either. Bittrex has allegedly been closing down accounts of users in sanctioned countries since late 2017. Whether or not there is any truth to those rumors remains to be determined at this stage. It is certainly possible the US government wants to make things a lot harder for worrisome nations in terms of finance, which includes the use of crypto. It is also possible that other exchanges will follow Bittrex’s example moving forward.

All of this further confirms the need for decentralized cryptocurrency exchanges sooner rather than later. A decentralized exchange would never bar any user from using the platform, as there is no central authority overseeing things or handling user accounts. For now, we will have to deal with centralized trading platforms, which will only lead to more issues like this one. 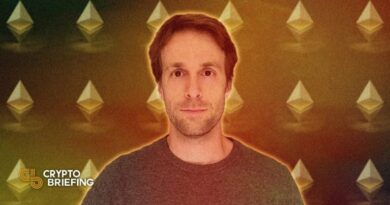 EIP-1559 and the Future of Ethereum with Justin Drake

Russia Could Legalize Digital Assets In Just Two Weeks; What About Libra?