Home » Crypto » Black Christmas for trader who misses out on $1.8 million in 1inch tokens

On Christmas day, prolific DeFi users found a surprise in their stocking courtesy of a unicorn that looks a little like Kurt Russell: decentralized exchange platform 1inch launched its governance and utility token 1INCH, which peaked at nearly $2.80 per token shortly after release.

Harkening back to the release of the Uniswap token over the summer — an event that many likened to a “DeFi stimulus check” — the token was distributed via an “airdrop” to wallets who had used the platform for trades or had provided liquidity in the past. The average user received roughly 1,600 tokens, and one lucky trader even cashed in over $20 million.

At least one trader emerged from the giveaway festivities a little worse for wear, however: Twitter user @timoharings, whose scheme to net $1.8 million in tokens fell just short of qualifying for the distribution parameters.

In a viral tweet, Harings recounted how he created 500 Metamask wallets and conducted a single trade on each in order to qualify them for the drop. However, none of the wallets received one due to not crossing the necessary transaction amount thresholds:

Harings, a 23 year-old from Germany who has been trading full-time since 2018, told Cointelegraph in an interview that the planning process was an arduous one. He poured over the wording of 1inch articles in order to devise his strategy, ultimately decided to seed each of the 500 wallets with crypto worth $30 to place a trade.

“As a non-programmer, I was looking for simple ways to script it but ended up doing it manually. I thought I was running out of time as the snapshot could’ve been “any day” in October when I started,” said Harings. “Distribution of funds and doing the actual trades were literally made by hand on different computers since MetaMask couldn’t handle over 100 wallets for some reason.”

In the end, Harings spent $8,000 in gas on trades, anticipating a $250,000 return at minimum. Instead, if his wallets had qualified, he would have received a whopping $1.8 million.

It wasn’t all a loss, however — one of his “main” trading wallets was dropped over 1,800 tokens, though it barely covered the costs of the scheme.

While Harings admits that missing out on nearly $2 million “sucks,” he remains in good spirits.

“There is a part of me that is proud of the idea and work I’ve put into it and how I ‘solved’ it. If this would’ve happened in 2016/17 it would be far more devastating emotionally but now in 2020 after everything that has happened […] it’s digestible.”

Moreover, he’s walking away from the experience with some hard-won wisdom under his belt, as well as an optimistic view of his future earnings potential.

“I learned not to cheer before crossing the finish line, he said. “[…] We all have a good amount of time left for making it and are in for a wild ride over the coming 12-18 months in my opinion. No one has missed that chance yet.” 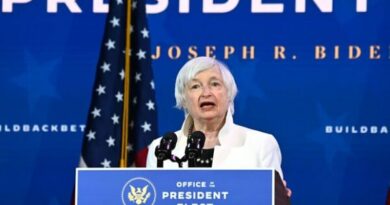 Court to Decide Whether Tokens Are Securities