Coinbase Global Inc, the international arm of the US-listed crypto exchange, is preparing to raise $1.5 billion through debt instruments. According to Monday’s press release, the proceeds will be utilized in product development and potential mergers and acquisitions.

“Coinbase intends to use the net proceeds from the offering for general corporate purposes, which may include continued investments in product development, as well as potential investments in or acquisitions of other companies, products or technologies that Coinbase may identify in the future.”

The debt instruments will be Senior Notes due in 2028 and 2031. The exchange will discuss with the initial purchaser and set the interest rates, redemption provisions and other terms.

Only for Non-US Buyers

In addition, Coinbase clarified that the instruments will only be sold in private offerings to qualified institutional buyers. As these notes are not registered with the United States financial markets regulator, only non-US participants will be allowed to purchase them.

“The notes will be fully and unconditionally guaranteed by Coinbase, Inc., a wholly-owned subsidiary of Coinbase,” the exchange noted.

Coinbase’s push to gather more funds came only a week after its CEO Brian Armstrong revealed that the US Securities and Exchange Commission is considering to sue the exchange if it launches its crypto yield program.

The crypto exchange went public earlier in April with its much-anticipated direct listing on Nasdaq. But, it is performing poorly in the market as the shares are trading at a 34 percent discount from the debut price.

The debt funding attempt will be the second one after the public listing. Last May, the exchange already offered $1.25 billion in senior notes due 2026 to meet its general corporate purpose. Interestingly, the company is facing a class-action lawsuit brought by the investors for not revealing its financial state.

GoChain (GO) Wins The Month, To Be Added On Binance 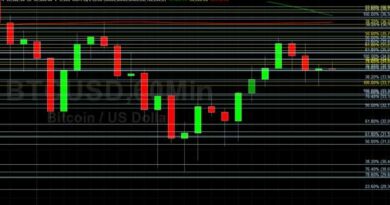