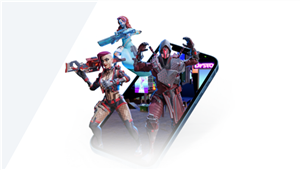 It is a well-known fact mobile game developers struggle to monetize their creations. Not for lack of options, but because traditional models are insufficient. Colizeum wants to offer an extra option and alternative to conventional revenue-generating opportunities through its SDK.

One may look at the mobile gaming industry and think every developer strikes it rich. Various success stories exist, even if most funds are generated by a handful of publishers like King and Wargaming. Monetizing a mobile game is virtually impossible or sufficient for all other developers. Recovering the initial cost of development is often a futile endeavor, let alone making a profit.

There are many ways for builders to unlock revenue within their mobile games. Advertisements and in-game purchases are common options. Unfortunately, these options also annoy users and make many leave the game altogether. In addition, publishers have no accurate performance data for their ads, making it impossible to determine what works and what doesn’t.

New solutions need to be found to offer developers more options to monetize their creations. That is easier said than done, as App Stores take a 30% cut as well. Removing these intermediaries and disrupting the advertisement opportunities is not easy. Colizeum leverages blockchain technology to provide builders with an extra revenue-generating option rather than attempting to replace existing methods.

The Colizeum SDK gives mobile gaming developers access to blockchain-based monetization opportunities at its core. The new solution can be integrated quickly and will provide developers with access to a new audience to give their mobile games a try. Developers can incorporate tokenized game modes and lay-to-earn mechanics without blockchain coding knowledge. Additionally, all games using Colizeum’s SDK will become part of the Colizeum App Store, which does not take a 30% cut.

The blockchain-based revenue-generating opportunities co-exist with traditional solutions. Depending on preference, builders can incorporate all options or go the blockchain-only route. In addition, monetization methods need to co-exist to provide a compelling mobile gaming environment to players and developers alike. A beta of Colizeum’s SDK will be released in June 2022, including native features like asset staking and NFT minting.

Players looking to make money through these in-game mechanics will need a Player Card. Colizeum issues these cards as Elite NFTs – of which 5,000 exist – and Gladiator Player Cards. Holders will be given access to all games published on the Colizeum platform and the option to earn from supported games. Five games have committed to integrating this SD in the following months, with Dystopia: Contest of Heroes and PoliPong to lead the pack.

The Colizeum ecosystem will be powered by the $ZEUM token across all games. The deflationary utility token benefits from demand driven by all players in the Colizeum ecosystem. The asset provides governance, staking, and player card minting benefits. Additionally, developers can use $ZEUM as in-game currency and use it to mint game assets as NFTs. Tournaments will require participants to use $ZEUM to become eligible.

Following successful token IDOs across various platforms, Colizeum will host its Token Generation Event (TGE) on May 4, 2022 at 04:00 am UTC. The TGE occurs across centralized and decentralized trading platforms, including Gate.io, Uniswap, and Pancakeswap. Users, developers, investors, and mobile gaming enthusiasts will all have access to this sale and can become part of the up-and-coming Colizeum ecosystem.

On the same day, suers will be able to start staking their $ZEUM tokens through various liquidity pools subject to a variable APY. The Colizeum team allocated18 million $ZEUM for staking rewards, enabling long-term holders to generate a passive revenue stream.

Token holders can explore single-sided staking pool – for ERC20 and BSC – or the liquidity pool staking pool. For the latter option, BSC $ZEUM holders provide liquidity to PancakeSwap, whereas ERC20 token holders do the same for Uniswap. Staking in the liquidity pool will have a 4x higher APY over single-sided staking. Furthermore, stakers will unlock additional exclusive benefits, including in-game rewards, airdrops, and higher income from games on the Colizeum Game Store. 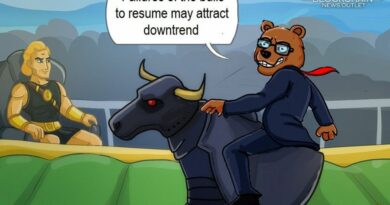