Home » Crypto » Court to Decide Whether Tokens Are Securities

The United States Eastern District Court of New York is to become the first court in the world to rule on whether tokens are securities.

The matter concerns an ICO for a real estate backed token, REcoin, which aimed to create a platform through ethereum based smart contracts to create a token economy of sorts for real estate. And a similar diamond backed ICO.

Criminal charges have been filed against it, as well as pending civil charges by the SEC, under the premise there was fraud through mis-statement of facts and because no tokens were actually given to investors.

The reason for the latter is unclear, but the misstatement of facts premise appears to be somewhat weak, although perhaps justifies.

Which means this case mainly rests on the charge this was an illegal securities offering. A charge Mildred M. Whalen, attorney for the defendant, disputes on numerous grounds.

First, as a crypto-currency, this was meant to act like real estate backed currency, similar to how the dollar was given intrinsic value by the backing of gold, she says. Currencies are explicitly excluded from the definition of securities, she tells the court:

“Although the statute contains a lengthy list of covered assets, the definition of a “security” in the 1933 and 1934 Acts does not include the term “cryptocurrency.” No U.S. court has held that cryptocurrencies are “securities.”

To back her argument she explains how the real estate backed token was to act as a currency, stating:

“REcoin was to be an innovative token ecosystem where real estate players including brokers, tenants, purchasers, developers, architects, and lawyers could purchase REcoin tokens to facilitate a variety of real estate transactions…

As an example of a potential smart contract on the REcoin blockchain – a developer and an architect could agree to enter into a smart contract where the architect would design a building for the developer for an agreed upon amount of REcoins.

The terms of that smart contract, for example price, timeline, scope of design, time commitment, and parameters of conceptual design, would be recorded on the REcoin blockchain ledger.

Once the terms of that contract were triggered, the digital contract would execute and implement a transfer of REcoin tokens from the developer to the architect. There would be no need for attorney fees and banking fees. The contract would automatically execute.”

The token thus acted as a means of exchange, it was also a store of value so backed by real estate, and acted as a unit of account in the smart contract transactions. As such, it had the plain meaning of currency as in the statue, Whalen says.

With currencies so being excluded from being classified as securities under the act, then the charge of illegal securities does not stand, she argues.

Nor do tokens meet the definition of securities as defined by case law, she says, giving the settled definition of:

“An investment of money in a common enterprise with a reasonable expectation of profits to be derived from the entrepreneurial or managerial efforts of others.”

There was no investment of money here, she says. There was merely an exchange of one money, say eth, for another money, REcoin.

Nor was there a common enterprise, she argues. “There is no pooling of assets. Each individual purchases a REcoin or DRC, and then is free to do with it as she wishes…

Nor was this based mainly on the entrepreneurial or managerial efforts of others, she says, arguing that:

“REcoin and DRC were to be a new kind of decentralized token economy where adoptors with shared professional interests could work together to create an ecosystem where shared related professional transactions could be conducted securely, efficiently, and without the need for centralized banks…

Finally she makes a strong stance for unconstitutional vagueness, especially considering currencies are explicitly excluded, thus making the statue contradictory as it applies in this case because many courts have said cryptos are currencies.

“Cryptocurrencies are an asset class that have never before existed. The attempt to regulate this new asset class using the framework conceived of in the 1930s is troubling…

These laws provided no meaningful guidance for how a potential defendant could navigate this potential statutory contradiction.

The vagueness doctrine bars enforcement of a statute which either forbids or requires the doing of an act in terms so vague that men of common intelligence must necessarily guess at its meaning and differ as to its application.”

Whalen is challenging the indictment itself, rather than any allegation of fraud or any other matter. She says:

“A motion to dismiss an indictment challenges the adequacy of an indictment on its face. Thus, the indictment must be viewed as a whole and the allegations must be accepted as true at this stage of the proceedings.”

This is therefore a general point of law beyond this case, with SEC quickly asking for permission to file a brief in support of the criminal prosecutors.

Making it thus a David and Goliath showdown, so having a legal aid defendant against an army of SEC lawyers. Which is why participants in this ecosystem – perhaps those that have raised millions in token sales, or ConsenSys or some fine lawyer who wants to make a name for himself – might want to file briefs in support of the defence.

Because this may be a precedent setting case, with the fate of a billion dollars industry and perhaps that of innovation in America standing on the hands of a Cornell Law School graduate and trial attorney.

“While the regulation of alleged fraud is a laudable goal for the government, it does not follow that United States securities laws are the appropriate means to accomplish these goals,” she says.

She could be assisted by pointing out that the only legislative body to consider a law on this matter, which has now passed, has explicitly excluded tokens from securities.

Because there are plenty of laws that can be utilized against fraud or scammers without invoking the discriminatory Securities Act to a completely new innovative technology that is barely at a nascent stage.

Crypto Tax Bill Introduced in the US House of Representatives 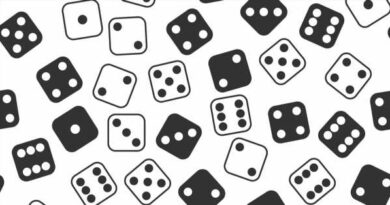