“Crypto-assets do not pose risks to global financial stability at this time,” so said Mark Carney, Bank of England governor and Chairman of the G20’s Financial Stability Board.

“Their small size… meant the linkages to the rest of the financial system are limited,” he argued. But, “wider use and greater interconnectedness could… pose financial stability risks through confidence effects.”

Such confidence effects would apply only if the pound and its monetary management can’t compete, we’d think.

“Given the global nature of these markets, further international coordination is warranted, supported by international organisations such as CPMI, FATF and IOSCO.

The FSB will identify metrics for enhanced monitoring of the financial stability risks posed by crypto-assets,” he says.

And with that, the British, as we thought, are throwing in a spanner. Because he is effectually saying more time is needed, more analysis, more studies, and basically it’s all a bit too early to lay down global rules at this stage.

Germany as well has made a very interesting comment. Claudia Buch, Vice President of Germany’s Central bank, the Bundesbank, said:

“I don’t see a threat for financial stability at the moment as the speculations are generally not financed with loans and the relevant markets are rather small.”

That is, they’re not being bought with debt, and since bank collapses happen only when people are too leveraged and can’t pay the banks, then there is no risk to financial stability.

She, however, says regulations should be considered, but it is unclear what she means by regulations. We think she means AML/KYC requirements should apply to exchanges, which otherwise translates to water is wet.

We’ll, however, have to wait and see what comes out of this meeting, which is to begin later today. But member states of the G20 are starting a competitive race of sorts to attract talent from this space.

That’s because they have now all realized the great potential of blockchain technology and the significant benefits it – as well as this space more generally – can provide to the economy.

US Congress even boasted in a recent report they lead in digital trade, pointing to the blockchain industry as the primary example. That makes it the first report by the American civil service that appears to show quite an indepth knowledge of this space.

Britain, on the other hand, is starting a fintech blitz, with the chancellor briefing on plans to turbocharge the industry.

While Paris might be doing something quite radical in proposing voluntary ICO licensing. It sounds too good to be true, said one industry participant.

Indeed, but regulators are perhaps realizing they need to innovate and move with the times, rather than continue applying century old laws written by men of a very different age.

That all suggests the tune is changing, and if that’s the case, what better place to signal the ushering in of a new optimism than the aspiring Buenos Aires. 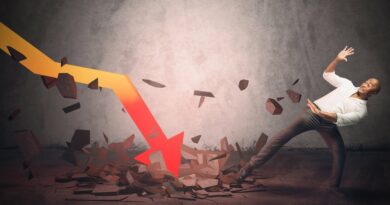