One crypto miner was so discombobulated by New York’s policy over crypto miners being subject to premium electricity rates that it pulled a large project.

At least one crypto mining company in New York is picking up its toys and going elsewhere after the state’s public service commission announced municipalities can charge premium electricity rates to miners.

Blockchain Industries had planned to build in the city of Massena a 100,000 square-foot facility that would largely be used to mine cryptos. Massena Electric provides the power.

However, the company quashed those plans after the state sided with municipalities over miners whose electricity needs are taking tolls on towns, especially the smaller ones.

Our way or the highway

The New York State Public Service Commission ruled last week that its municipal power authorities can charge higher electricity rates to cryptocurrency companies that require huge amounts of electricity to do their work.

Instead of letting crypto miners consume electricity at the same rates as retail customers and regular businesses, New York decided to allow its power companies to charge this group different, and higher, rates.

Reportedly, the New York Power Authority has implemented a temporary moratorium to allow it time to develop policies and procedures for working with miners, and Massena followed suit.

None of this sat well with the decision makers at Blockchain Industries. In a statement to the local media, a spokesperson said:

“We were industry and industrial town and we’re losing ground and everybody knows this because technical trends are bypassing us.”

In a statement about the ruling, the New York State Public Service commissioner, John Rhodes, said it was needed to level the playing field and prevent local electricity prices for existing residential and business customers from skyrocketing due to the soaring local demand for electricity.

“We always welcome and encourage companies to build and grow their businesses in New York. However, we must ensure business customers pay an appropriate price for the electricity they use. This is especially true in small communities with finite amounts of low-cost power available. If we hadn’t acted, existing residential and commercial customers in upstate communities served by a municipal power authority would see sharp increases in their utility bills.”

We recently told you about how New York was recognizing and addressing the low rates some electricity companies offered that made them magnets for crypto mining outfits. We highlighted the city of Plattsburgh, which went so far as to pass a law banning crypto mining for 18 months.

In addition, it’s one of the cities that petitioned the commission regarding concerns that high-density load customers, such as crypto companies, were having a negative impact on local power supplies.

For its part, Massena seems to be taking the loss of Blockchain Industries. Local media reported the town supervisor, Steven O’Shaugnessy, as saying:

“There’s that opportunity for cryptocurrency or Blockchain to come in and utilize those facilities rather than take from Massena Electric.” 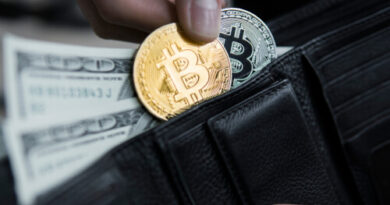 The Chivo Wallet in El Salvador Is Being Problematic