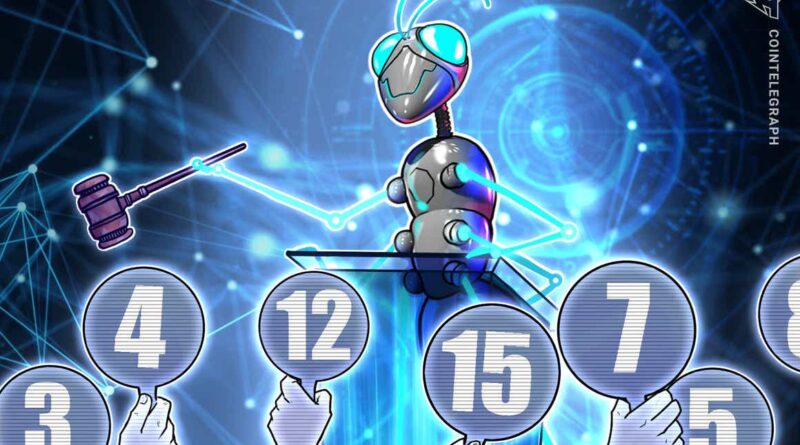 Decentralized finance protocol Acala announced Monday that they have raised 8.5 million DOT (worth $451.8 million at time of publication) from over 53,000 participants. The protocol is also set to win the first parachain auction on Polkadot.

Unlike typical crowdfunding rounds, Acala’s financing mechanism is a crowdloan, which means it will eventually need to pay back the “crypto debt” it has solicited from investors.

On Friday, Polkadot developers added the first parachain onto its network. Parachains are custom, project-specific blockchains that can be integrated into the main blockchain. The distinguishing feature of Polkadot is its Cross-Consensus Message Format. In essence, it would enable users to send and receive assets and execute smart contracts between parachains. Currently, however, the technology is still under heavy development.

During the crowdloan, users deposit their DOT into a digital vault and receive two types of tokens post-launch. The first is the native Acala (ACA) token, which would be used for transaction fees, staking, incentivizing nodes, governance and protocol maintenance. The utility token has a fixed supply of one billion and will be minted in its entirety at its genesis block.

The second token investors will receive is the Liquid Crowdloan DOT (lcDOT). Each lcDOT represents an underlying DOT locked in the crowdloan. Among many features, users can use lcDOT as collateral to mint Acara USD (aUSD), the network’s native stablecoin. Within two years, users will be able to redeem their locked DOT with lcDOT.

Earlier this year, Acala developers launched a testnet and underwent a security audit by Trail of Bits. In the audit report, Trail of Bits highlighted the lack of documentation and implemented features regarding the project. An economic audit of the project is still ongoing. As for Polkadot, the token’s market capitalization reached an all-time high in anticipation of its parachain launch.

The 2020 Bitcoin Massacre: How Quantum Computing Threatens Cryptocurrency And What Quantum Resistant Ledger Does That Most Others Should