“To ensure inclusivity, EOS are not sold for a fixed price, but sold at a price determined by market demand; this mimics mining, but does not offer unfair advantages to large purchasers,” said Brendan Blumer, CEO of block.one, the open source software and blockchain company developing EOS.

block.one will distribute one billion EOS ERC-20 compatible tokens, called “EOS Tokens” over 341 days starting on June 26, 2017 at 13:00 UTC following the below schedule:

EOS is being designed to scale mainstream development for large enterprises, currently unsupported by existing blockchain platforms. EOS introduces asynchronous communication and parallel processing to support millions of transactions per second, higher than that of Facebook and Google at 52 and 40 thousand per second, respectively.

EOS is being designed to support distributed applications that have the same look and feel of their centralized counterparts, including eliminating the requirement for the user to pay for every transaction. This enables new blockchain users to get involved without having to navigate the complex process of purchasing a cryptocurrency and should help to spur the industry. It also means any type of application can be built, run, and governed by EOS’s operating system, creating a new level of transparency for business.

The expansive EOS team is being led by blockchain veterans:

Full details of the token distribution are disclosed in the terms and conditions, at eos.io. 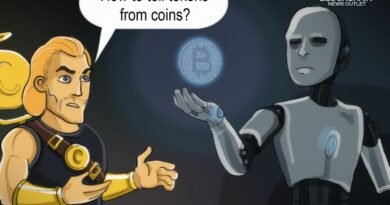 Crypto Newbie: How to Tell Between Bitcoin, Altcoins and Tokens?