The world’s second-biggest cryptocurrency, Ethereum (ETH) has dropped below $450 against the US dollar — its lowest point since November 2017. The cryptocurrency’s price, which at press time sits at $397, has been bleeding heavily for the past few weeks. According to Coinmarketcap.com data, ETH has lost half its value since March 1st, 2018.

Join the Bitsonline Telegram channel to get the latest Bitcoin, cryptocurrency, and tech news updates: https://t.me/bitsonline

Competitors Nipping at Its Heels

After the start of December 2017, Ethereum’s value tripled over the next month. However, those gains have now been expunged as the value dropped back to below any December price.

Ether (as Ethereum’s native currency is actually called) is also facing tough competition from various other rivals such NEO, Lisk, Cardano, EOS, and others.  These competitors are slowly gaining popularity and slicing off part of ETH’s market.

Most of the Ethereum rivals not only offer similar blockchain-based smart contract platforms, but also claim to be more efficient and scalable. ETH’s market dominance has dropped from 22 percent in February to almost 14.5 percent at present.

Vlad Zamfir, a researcher at the Ethereum Foundation, is working on solution dubbed “sharding” that would hopefully increase Ethereum’s scalability. For newcomers, sharding is a method by which the blockchain is split and its data distributed across multiple servers, so that it can gain advantage from the distributed computational power.

Since the start of 2018, the entire crypto market has suffered a price bloodbath. ETH was one of the few coins that didn’t see a dramatic nosedive at first — however, over the past few weeks, ether has experienced a protracted downtrend.

Ether was not the only major cryptocurrency that took a beating this week — largest cryptocurrency by market cap Bitcoin has also been hammered.  Moreover, XRP and Bitcoin Cash also plummeted to new lows. Some more optimistic pundits say they expect ETH to recover once the scalability issue is fixed, but it will also depend on overall crypto market mood.

Can 2018 still be the year of ETH? Let us know your views in the comments section.

Bogota’s $2.8 Billion Program to Finance Blockchain Companies With up to $50 Million – Bitcoin News 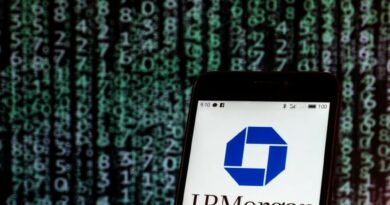