The bigger you are, the bigger your responsibilities. Accordingly, as the face of Ethereum, ETH co-creator Vitalik Buterin often finds himself in the same room as prestigious public dignitaries.

The latest example of that dynamic comes from Japan, where Buterin just met with Japanese Minister of Foreign Affairs Tarō Kōno.

No word for now on what the meeting entailed. But it was likely just a simple, polite meet-and-greet. Buterin has previously met with other political heavyweights like Russian President Vladimir Putin.

The Enterprise Ethereum Alliance seems to add a new batch of members every few weeks, and the group has kept that streak alive with an announcement of 40 new members.

Some of the stand-outs of the new round-up include crypto plays like Datum Network GmbH and traditional powerhouses like law firm Jones Day.

For a list of all the new entrants, check here.

The Ethereum ecosystem has two large conferences just around the corner, both of which will be taking place in New York City in the second week of May 2018.

More details will be coming on these conferences, but they should have a healthy who’s who of Ethereum thought leaders and builders in attendance. Worth checking out if you’ll be around the Big Apple in early May.

Including testnets, there are five Ethereum blockchains to date. In the past, users would lose funds if they sent ETH from the Mainnet to the Kovan test network, for example.

Now, though, the uPort team has declared users can now track their funds across multiple separate Ethereum networks. Per uPort’s latest Medium post:

“Initially, the uPort app only interacted with Rinkeby. It created a proxy contract & DID Document for the user, and only allowed the user to interact with apps using the Rinkeby network. the feature was reintroduced allowing accounts on different networks to be created, enabling developers integrating uPort to use any Ethereum testnet. We augmented this feature by enabling developers to create Multi-Accounts, enhancing privacy for the user’s Ethereum interactions.”

A novel and helpful development, to say the least.

What’s your take? How do you think the ETH ecosystem is fairing in 2018? Sound off in the comments below. 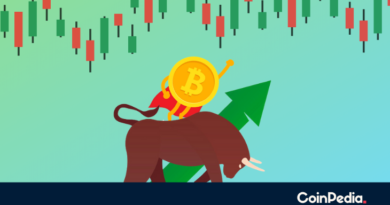