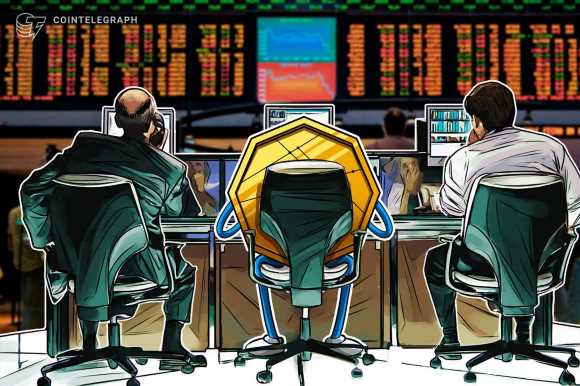 As the prospect of Chinese property giant Evergrande defaulting on $305 billion worth of debt looms, pundits are weighing in on how the firm’s bankruptcy could impact the legacy and crypto markets.

Speculation as to whether the real estate investment giant will default has coincided with a downturn across the crypto and stock markets, leaving many analysts divided on whether traders should be buying the dip or looking to take profits in preparation of further bearish momentum.

Some are asserting that Evergande’s possible default could represent another Lehman Brothers moment — citing the major investment bank’s 2008 declaration of bankruptcy on $600 billion worth of debt that kicked off the Global Financial Cris.

However, speaking at the Greenwich Economic Forum on Sept. 22, Bridgewater Associates co-chairman and co-CIO Ray Dalio downplayed the significance of an Evergrande default and suggested that the debt is “manageable.”

Dalio admits that while investors will be stung, he thinks that Evergrande’s debt won’t cause structural damage, as the Chinese government may swoop in to restructure the firm and strike deals with the company. He said:

“[The] Lehman moment produced pervasive structural damage through the system that wasn’t rectified until the Treasury came across in terms of its borrowing and then the Fed came across with quantitative easing, butthis is not that kind of a shake-up.”

Speaking to Financial Times on Sept. 20, Tan speculated that said restructuring is likely to see the “profitable parts of [Evergrande’s] business bought up by rivals,” with its debt obligations likely to be underwritten by either a consortium of commercial Chinese banks or the local central bank directly.

Not everyone is so optimistic. The host of CNBC’s Mad Money show, Jim Cramer asserted Evergrande’s debt issues will likely impact the crypto market because nearly half of the reserves backing the leading stablecoin Tether (USDT) are held in commercial paper

Cramer urged for investor caution while Evergrande awaits a verdict on a potential government bailout, stating:

“I know the crypto-lovers never want to hear me say sell, but if you’ve got a big gain as I did, well, I’m begging you: Don’t let it become a loss. Sell some, stay long the rest, then let’s wait and see if China changes its attitude toward an Evergrande bailout.”

“Tons of Chinese businesses stand to get crushed by this fiasco, and they have Evergrande exposure, and that could spell real trouble,” said Cramer.

Marty Bent, a podcaster and the co-founder of Great American Mining, also sounded alarm bells in his Sept. 20 newsletter.

Bent suggested that an Evergrande default will unveil how “exposed the Western world is to China’s economy” via investments in the large real estate players, their debt instruments, and the debt issued by the Chinese Community Party (CCP).

“Evergrande is going under and it is dragging other large real estate developers in China down with it. The world is witnessing another Lehman moment,” he said.

Bent questioned the assertion that Evergrande is likely to be bailed out by the government, noting the party’s recent push to rein in Chinese capitalism and tighten regulations on the real estate market.

“The CCP has come out and stated that they do not plan on backstopping the real estate developers who are currently plummeting toward bankruptcy. It will be interesting to see if they keep this posturing as things get worse,” he said.

The podcaster also noted that while he unsure how the fallout from Evergrande will impact Bitcoin in the short to medium term, he is “thankful” he can hold Bitcoin as a hedge against the fiat-backed global financial system.

Related: ‘Extreme fear’ as Bitcoin falls below $40K … and then bounces

The share price of Evergrande has been steadily declining during 2021 as its credit woes have mounted. After opening the year at roughly $14, the price sits now at $2.20 — a loss of more than 84%.