Bitcoin seems to be testing politicians across all aisles.

In fact, even members of the U.S. political party known for its broad opposition to regulation have been embracing the idea the market needs greater oversight, according to former Commodity Futures Trading Commission (CFTC) commissioner Bart Chilton.

And Chilton has the experience that would make him a credible source.

In his role at the CFTC, Chilton was known for his aggressive stance against fraud and was among the first regulators to openly talk about the potential need to regulate bitcoin. Indeed, as far back as 2013, Chilton had begun considering the need for government oversight of cryptocurrency. As a possible nod to Chilton’s concerns, just a year after his final term ended, the CFTC officially deemed bitcoin a commodity.

While regulatory guidance is typically viewed by many in the cryptocurrency industry as a negative, the technology’s status as a commodity helped set the stage for the regulated bitcoin futures that would give the cryptocurrency more mainstream appeal.

And now, Chilton, a Democrat, is watching as the GOP is coming around to his viewpoint on crypto regulation. Case in point, just a few months after U.S. Representative Ron Paul (Texas, R) told state regulators to “stay out” of cryptocurrency, other Republicans, including South Dakota Senator Mike Rounds, began publicly espousing the benefits of regulation in this area.

In an in-depth interview with CoinDesk, Chilton discussed how the value of bitcoin and the cryptocurrency markets, in general, is influencing this ideological shift.

“The value gets so large that there might be a contagion into the largest financial institutions,” Chilton said. “And all of a sudden people’s bank accounts get wiped out because of the fear of missing out, and they invest their retirements when they shouldn’t.”

“Maybe it’s stupid, but that starts to make people say, ‘This could have a larger impact on the investors.'”

At the top of Chilton’s list of reasons why Republicans are worried about cryptocurrency now is a single number: $20,000. It was that price, which bitcoin flirted with in December, that Chilton believes made Republicans do a double-take.

Before then, according to Chilton, most political leaders viewed cryptocurrency as a periphery concern, overshadowed by other more pressing matters.

“These congressman and senators have 300 issues they have to worry about. They’re dealing with infrastructure and the budget deficit and agriculture — a zillion things — the FCC and trade and war and oh my gosh,” Chilton said, adding:

“I think when bitcoin hit $20,000 and as it was going up, people started saying, ‘Something is happening here, and we’ve got to pay attention.'”

As the market frenzy drove bitcoin’s market value up above $300 billion, Chilton said politicians, for the first time, began to imagine — and worry about — an economy if the price never came down. And he describes how elected officials then began scrambling to learn about bitcoin and the broader cryptocurrency space from any source they could, including each other, culminating in the first-ever Senate hearing on cryptocurrencies in February.

What Chilton said was most remarkable about the event was that normally, speakers and other members of the audience only stay through a small portion of the proceeding, but during the cryptocurrency hearing, the majority of people stayed through the entire thing.

Referring to Senator Rounds, Chilton said, “It was significant because this is a guy who is a free market Republican.”

However, as Republicans increasingly seem interested in abandoning their position on regulation when it comes to cryptocurrency, uncertainty remains about what rule-making for the industry will look like.

In bitcoin’s early days, enthusiasts were keen to describe the cryptocurrency as unregulated and unregulatable, and in certain ways, they could be right. But increasingly, it’s become popular for legislators, regulators and industry stakeholders to point to existing regulations for traditional products as a means by which to regulate at least the companies that provide consumer-facing services.

Still, what has become clear, especially after the Senate hearing, is that there’s still confusion over which government agency has enforcement powers over this new industry.

Either way, though, Chilton argues that regardless how that all shakes out, the best path forward for cryptocurrency startups is being very open with regulators and doing their best to comply with any rules they think do apply to their business model.

In an effort to help, Chilton became an adviser of ethereum startup Omega One, which is building a compliant cryptocurrency exchange. The company is part of a new wave of startups taking preemptive action in an effort to satisfy regulatory concerns.

Speaking to his approval of those startups’ decisions, Chilton concluded:

“I always thought it’s better to work with the government and fine-tune where they are to move forward, than to just hope something happens, and then you’re over-regulated.”

This One Headline Just Made Crypto Investors Astronomically Bullish on BTC 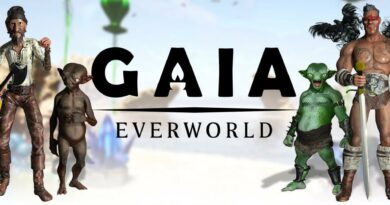