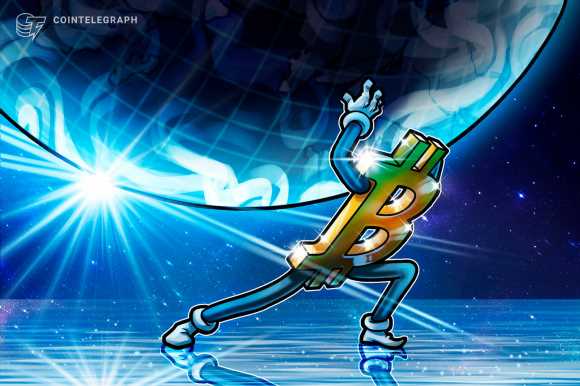 The 64-year-old Oscar winning filmmaker directed and starred in the commercial for crypto ATM provider Coin Cloud, and in the ad, he explores themes such as racial and financial inequality, diversity, and inclusivity.

“Old money, as rich as it looks, is flat out broke,” Lee says, adding “they call it green, but it’s only white” as he cites the lack of diversity in people depicted on U.S. dollar bills and coins. While the ad spot had previously been touted as being a “Bitcoin” commercial, BTC isn’t mentioned by name at all in the ad. Instead the concept of crypto in general is referred to as “new money.”

The ad does have a loose reference to Bitcoin via a Coin Cloud ATM that contains the BTC logo, however the firm’s ATMs support more than 30 digital assets.

In the ad, Lee cites issues with fiat and traditional banks and notes there are “7 million unbanked” and “20 million underbanked Americans.”

“Old money is not going to pick us up – it pushes us down, exploits, and systematically oppresses,” he says. The filmmaker describes “new money” as “positive, inclusive, fluid” and “strong culturally rich.”

Related: Bitcoin helped the unbanked. Now, this project helps them get justice, too

Lee is known for exploring social and racial issues in his films, and the identity politics theme of the spot has drawn a mixed reaction online.

In response to ‘Documenting Bitcoin’s’ post about the ad user ‘The LogicalShaman’ stated that “making this about race at the beginning is super fucking tacky,” while Watchdog Capital’s Bruce Fenton said “Spike Lee cares more about what color skin people have than he cares about #Bitcoin.”

However “Analytics4Bitcoin” responded that they like that “more people feel included in the Bitcoin ecosystem,” and added that:

“Lots of focus on the negatives of the community but look around and what you see is a truly diverse collection of millions of people worldwide looking for better money. Pretty neat!”

Coin Cloud noted in a July 14 press release that the firm wanted to “spark important dialogue” from this ad campaign, and chose Lee specifically for his expertise in exploring social issues.

“His deep connection with communities of color, plus his track record of contextualizing issues of equality, make him an ideal partner for our goal of making digital currency accessible to all,” said Amondo Redmond, Global Chief Marketing Officer at Coin Cloud

Coin Cloud’s ad campaign will run nationally across cable TV channels such as Comedy Central and Adult Swim, and will also appear on social media platforms such as Youtube and Reddit.