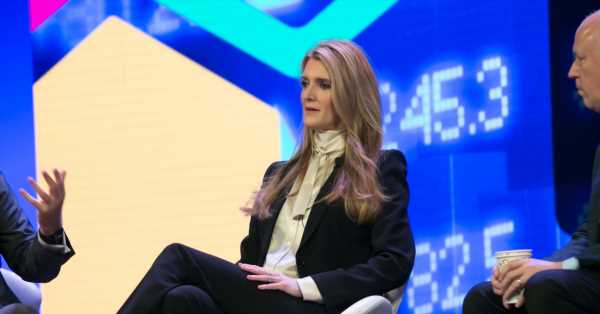 Former Bakkt CEO Kelly Loeffler (R-Ga.) will not return for a full term as a U.S. Senator, AP projected Wednesday.

Loeffler, who ran against Democrat Raphael Warnock, lost her Senate seat in a special election Tuesday after serving for just over a year. She left the crypto warehousing company late in December 2019 to fill former Sen. Johnny Isakson’s seat, after Isakson (R-Ga.) stepped down due to health concerns.

Tuesday’s special election will determine the fate of the Senate; alongside Loeffler and Warnock, Jon Ossoff (D-Ga.) and Sen. David Perdue (R-Ga.) ran for Georgia’s other Senate seat. Both Democrats winning clears the way for President-elect Joe Biden to enact his agenda by creating a 50-50 split (with Vice President-elect Kamala Harris acting as tiebreaker) in the upper house.

However, either Republican winning would allow current Sen. Mitch McConnell (R-Ky.) to enjoy another two years running the Senate, where he could control key confirmation votes for both Biden’s legislative agenda as well as for Cabinet nominees, such as Janet Yellen, Biden’s pick to run the Treasury Department.

Democrats have controlled the House of Representatives since 2018.

Earlier Tuesday night, some crypto-powered prediction markets bet on both Democrats winning. Polymarket has predicted that Warnock will win since Dec. 31, and Ossoff to win since earlier this month. FTX similarly predicted Dems would win.

Loeffler ran Bakkt since its inception in mid-2018 through her appointment to Congress. However, the Senator hasn’t so much as mentioned bitcoin or cryptocurrencies since taking office, despite being a member of the Senate Agriculture Committee, which oversaw the Commodity Futures Trading Commission, a key regulator in the crypto space (and the one which oversees Bakkt).

Loeffler was embroiled in controversy in early 2020 after the Daily Beast reported that she and her husband, Intercontinental Exchange (ICE) CEO Jeffrey Sprecher, sold between $1.3 million and $3.2 million in stock after she received a private Senate briefing on the potential spread of COVID-19 within the U.S.

An ICE statement at the time claimed that financial advisors to the two made those transactions independently.

Loeffler refused to concede early Wednesday morning, though the act of conceding is a tradition, rather than a legal requirement. In doing so, she continues to pull from President Donald Trump’s playbook – the president has similarly refused to concede he lost November’s election, despite subsequently losing over 60 legal challenges to overturn several states’ results.

Weiss Ratings Says Stellar (XLM) Technology is Superior to Ripple’s (XRP), But Is It?