Home » Politics » Trump says he will 'never concede,' pressures Pence to send election 'back to the states' 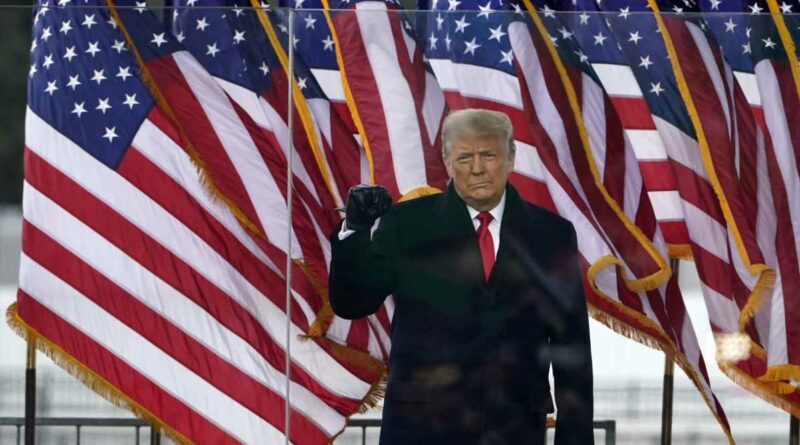 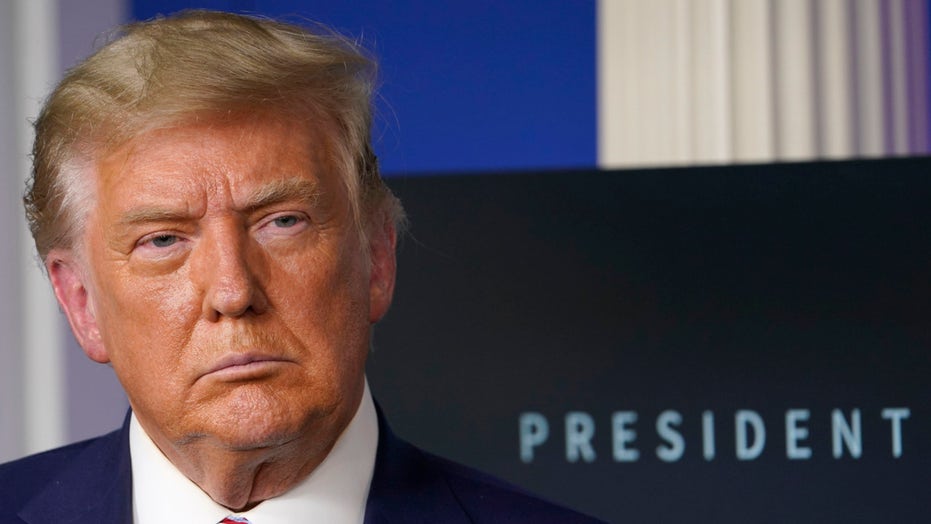 President Trump on Wednesday said he will "never give up" and "never concede" in the 2020 presidential election, vowing to "stop the steal" and renewing pressure on Vice President Mike Pence to "do the right thing" and decertify the results of the election.

The president spoke at the "Save America March" in Washington, D.C. ahead of a joint session of Congress to certify the results of the 2020 presidential election.

"We will never give up and never concede," Trump said. "We will stop the steal." 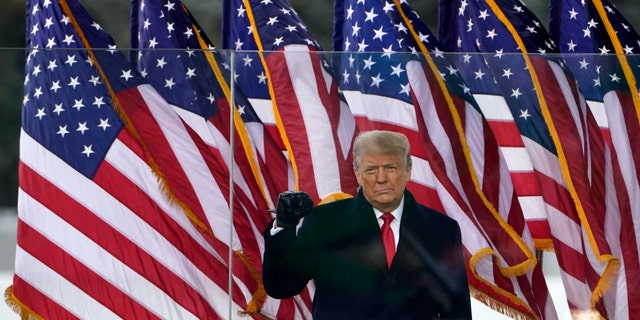 The president touted the crowds of supporters who traveled to Washington for pro-Trump rallies across the city Wednesday on the sidelines of the Electoral College certification in Congress.

"If Mike Pence does the right thing, we win the election," Trump said. "All he has to do, this is from the number 1, or certainly, one of the top constitutional lawyers in our country, he has the absolute right to do it," Trump said.

Pence is set to preside over the joint session on Wednesday.

"We are supposed to protect our country and support our Constitution," Pence said. "States want to re-vote. The states got defrauded, they were given false information and now they want it back."

He added: "All Pence has to do is send it back to the states…and we become president, and you are the happiest people."

Trump said that Pence acting "doesn’t take courage," but "what takes courage is to do nothing."

"And then we’re stuck with a president who lost the election by a lot, and we have to live with that for the next four years," Trump said, referring to his Democratic rival Joe Biden. "We’re not going to let that happen."

The president, in recent hours, has increasingly put pressure on Pence to intervene during the joint session, tweeting early Wednesday: "Do it Mike, this is a time for extreme courage!"

The president has insisted that "states want to correct their votes, which they now know were based on irregularities and fraud," adding that the "corrupt process never received legislative approval."

"All Mike Pence has to do is send them back to the States, AND WE WIN," Trump tweeted.

The president, hours before, tweeted that if Pence "comes through for us, we will win the presidency."

"Many states want to decertify the mistake they made in certifying incorrect & even fraudulent numbers in a process NOT approved by their State Legislatures (which it must be.)

The president has said that he and Pence "are in total agreement that the Vice President has the power to act," and has claimed that the election "was illegal."

Trump went on to say that Pence has "several options under the U.S. Constitution."

"He can decertify the results or send them back to the states for change and certification," Trump said. "He can also decertify the illegal and corrupt results and send them to the House of Representatives for the one vote for one state tabulation."

A spokesman for Pence declined to comment on the president’s latest tweets, but White House officials told Fox News on Tuesday that Pence will "follow the law," saying that Pence is "taking a very diligent and studious approach to his job tomorrow."

"He has consulted at length with staff. He has gone through the Electoral Count Act several times," an official said. "He has read legal opinions, met with the Senate parliamentarian and consulted with outside experts on the subject matter."

But those officials add that "the vice president will follow the law," and that he will act "with fidelity to the law and the Constitution."

The president’s remarks also come just hours after the Georgia Senate runoffs, where Democrats are projected to pick up one—and possibly two—seats, which would hand them the majority in the U.S. Senate.

The president went on to say that the Democrats "used the pandemic as a way of defrauding the people in a proper election."

TRUMP SAYS HE, PENCE IN 'TOTAL AGREEMENT' THAT VP HAS 'POWER' TO BLOCK CERTIFICATION OF ELECTION RESULTS

Over the weekend, Sen. Ted Cruz, R-Texas, assembled a group of 11 Republican senators — Sens. Ron Johnson of Wisconsin; James Lankford of Oklahoma; Steve Daines of Montana; John Kennedy of Louisiana; Marsha Blackburn of Tennessee, and Mike Braun of Indiana; as well as Sens.-elect Cynthia Lummis of Wyoming; Roger Marshall of Kansas; Bill Hagerty of Tennessee, and Tommy Tuberville of Alabama — announcing that they would object to the certification of the Electoral College results unless there was an emergency 10-day audit of the results by an electoral commission.

And last month, Sen. Josh Hawley, R-Mo., was the first to say he would vote to object to the certification —specifically for Pennsylvania.

And Fox News first reported that now-former Sen. Kelly Loeffler, R-Ga., would object to the certification of results from Georgia’s presidential race.