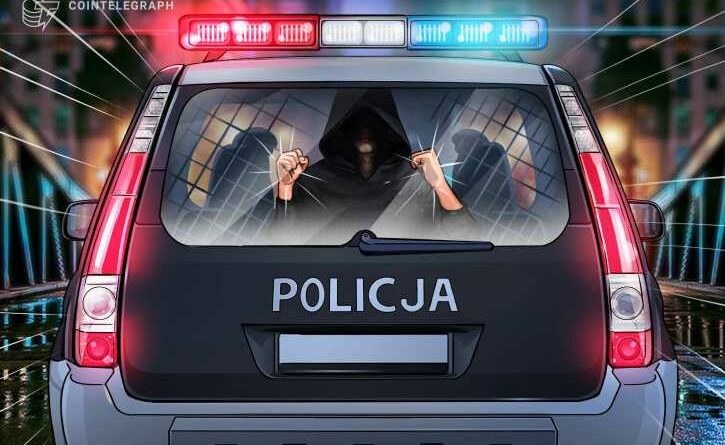 BBC Russia has reported that Dmitry Vasiliev, the former chief of Russian cryptocurrency exchange Wex, has been arrested in Warsaw, Poland.

Wex, which was previously known as BTC-e, was a well-known “dark” exchange in the early days of the cryptocurrency industry. It is alleged to have laundered funds for numerous high-profile crypto hacks, including the notorious Mt. Gox incident.

Although Vasiliev is regarded as innocent within Poland’s jurisdiction, other countries such as Kazakhstan have an open fraud case against the elusive figure and as such, have reportedly engaged in discussions surrounding the possibility of extradition.

It is understood that Vasiliev was detained on August 11 by Polish authorities, but the news was only uncovered by the Polish newspaper, Wyborcza, on Sept. 17.

Vasiliev allegedly facilitated trades for Chinese investors as an employee for BTC-e up until its closure in the summer of 2017. Alexander Vinnik, the alleged head of BTC-e, was charged with laundering over $4B in Bitcoin over six years. He was subsequently arrested in Greece and was the subject of an investigation by United States authorities.

A few months after Vinnik’s arrest, Vasiliev emerged as director of the rebranded exchange, Wex, which went on to cement its place in the list of Top-10 exchanges, with a daily trading turnover of $80 million, by the calendar year end.

But just over a year later, Binance blacklisted Wex for alleged money laundering practices — a decision that would eventually result in the demise of the exchange.

In 2019, Vasiliev was arrested by Italian authorities, but was soon released after it was revealed that mistakes were made in the extradition request.

Recently, the Bank of Russia began collaborating with local banks to suspend its citizens payments to crypto exchanges, citing customer protection from “emotional” purchases as the reason for enforced intervention.