Several Google insiders reveal that the tech giant is working on its own blockchain technology for various applications in its cloud business in an effort to beat the competition.

Google, the search engine giant now operating under parent company Alphabet, is creating a blockchain-based technology to boost its cloud business, Bloomberg reports, citing unidentified sources with knowledge of the matter. The company will make the technology available to third parties that can use it for transactions, according to the sources. This would help Google stay one step ahead of rivals in the cloud services market.

Last year, Google was one of the largest investors in blockchain startups, according to estimates by research firm CB Insights. One person familiar with the matter revealed that the tech giant continued to invest in startups working with distributed ledger technology (DLT), adding that many partnerships have yet to be announced.

Several people in the cloud business division, which is led by Diane Greene, have been exploring the use of blockchain over the last few months, another source noted.

“Like many new technologies, we have individuals in various teams exploring potential uses of blockchain, but it’s way too early for us to speculate about any possible uses or plans,” a Google spokesperson told Bloomberg.

It is known the company will offer a white-label version of the technology that other entities could run on their servers. However, there is no precise timeframe for any product launch.

Sridhar Ramaswamy, Google’s senior VP of ads and commerce, confirmed at the Advertising Week Europe conference in London that the company was looking at blockchain, but no product announcement materialized.

“This is a research topic, so I don’t have anything super-definitive to say. We have a small team that is looking at it. The core blockchain technology is not something that is super-scalable in terms of the sheer number of transactions it can run,” Ramaswamy said.

In 2017, CB Insights revealed that GV, the venture capital firm operated by Alphabet, had invested in blockchain companies such as Blockchain Luxembourg, Ripple, LedgerX, and Veem. 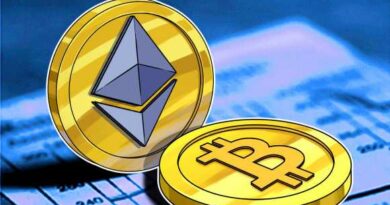