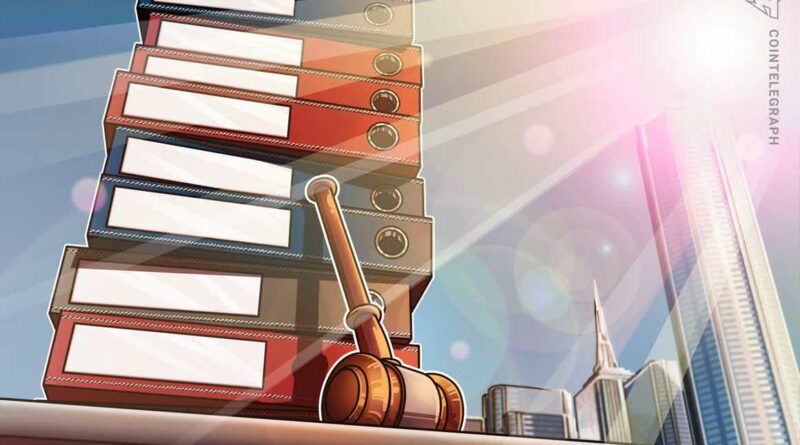 Hemp grower Apothio has raised $330,000 for a lawsuit against Kern County, California via what’s known as an Initial Litigation Offer on the Republic investment platform.

Investments are accepted in USD, but proof of investment is issued as digital tokens on the Avalanche (AVAX) blockchain network. It’s the first Initial Litigation Offer (ILO) on the Republic platform which launched in 2016 and is designed for equity crowdfunding.

The hemp grower is seeking compensation from the county for damages incurred when deputies and California’s Department of Fish and Wildlife allegedly bulldozed 450 acres of crops worth up to $1 billion.

“Court systems work really well, they’re just expensive. If you can fix the barriers based on cost by allowing capital to flow into the system where it’s needed, I believe ILOs can be a positive force for access to justice.”

Litigation funding investment is where third-party investors unrelated to a case can provide funds to a litigant in a court case and earn a return on their investment based on the outcome of the case. Under an ILO, fund contributors receive digital tokens that entitle them to a portion of any damages recovered as a result of the ruling in the case.

The global litigation funding investment market was valued at $11.4 billion in 2019 and is expected to more than double to $24 billion by 2028 according to a Dec. 7 2021 report by Research Nester.

Roche noted that although the market is growing, it is reserved mainly for private institutions. He hopes that as more cases use ILOs, the high barrier to entry in legal investments will be lowered by crypto:

“Using crypto isn’t a challenge, but we need to make sure the regulatory tools work for what the ILO is doing.”

The hemp grower’s case has more than surpassed the minimum goal of $250,000 for the litigation to go ahead. ILO tokens will be frozen in investors’ wallets for 90 days, after which they will be transferable.

After a verdict is given in a case, token holders will be issued whatever returns they may have made and the tokens will again be frozen. As a case progresses after the tokens are unlocked, a speculative marketfor the tokens could open up as investors may want to dump or buy a greater stake in the outcome of a case.

Related: The number of countries banning crypto has doubled in three years

In 2021, Roche’s law firm began forming plans to launch its own tokenized ILO marketplace called Ryval which is currently in development on Avalanche. Roche hopes that the ILO concept will begin trending both in the United States and across the world through Ryval.

The ILO concept also introduces another way for cryptocurrency to adopt real-world applications via tokenization. Litigation funding investment would join modern art via nonfigible tokens (NFT), social media interactions, real estate investing, and even the oil and gas industry as sectors where tokenization is becoming a reality.

NEX CEO: 65% of Peers Have Accepted the FX Code of Conduct

11 Crypto Sellers, Including Block.one, Have Been Hit with Customer Lawsuits | Live Bitcoin News