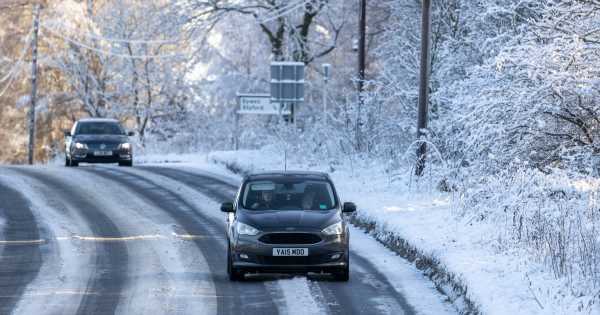 Met Office weather warnings for snow and ice remain in place as the UK looks set to be battered by Arctic conditions today.

"Power outages" and "lightning strikes" could also impact some regions heading towards the weekend.

There are two warnings in place for today, with another already scheduled for Friday when the brunt of the snowstorm is due.

The entirety of Northern Ireland is under an ice warning until 9am today, with "travel disruption" likely.

"Some injuries from slips and falls on icy surfaces" and "probably some icy patches on some untreated roads, pavements and cycle paths" are to be expected there, according to the Met Office.

Today's second warning – regarding both ice and snow – covers northern Scotland, including Inverness and Aberdeen, where heaps of the white stuff remain on the ground.

Again, people are warned of travel disruption and dangerous surfaces.

According to WX Charts, those Highland regions can expect anywhere between five and 10 inches of snow today and moving towards the weekend.

Snow shouldn't fall in Northern Ireland until Friday, when one or two inches are forecast.

According to the Met Office, people in those regions can expect that "frequent sleet and snow showers may lead to some difficult driving conditions and disruption to travel" until 10am on Friday morning.

They added: "Some brief power outages are possible with a risk of isolated lightning strikes."

Rural parts of the North West can expect one or two inches of snow on Friday, with cities likely to see less, according to WX Charts.

Although not covered by the Met Office's warnings, parts of northern Wales may also see a centimetre or two.

Temperatures in general are expected to remain chilly today as the brutal Arctic front starts to move southward across the country.

England's South West will be the warmest region, with afternoon highs of 8C forecast by the Met Office.

Other southern and central areas will hover around 7C to 6C, whereas the Midlands and everywhere else will struggle to top 4C or 5C. 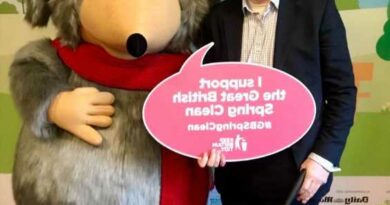