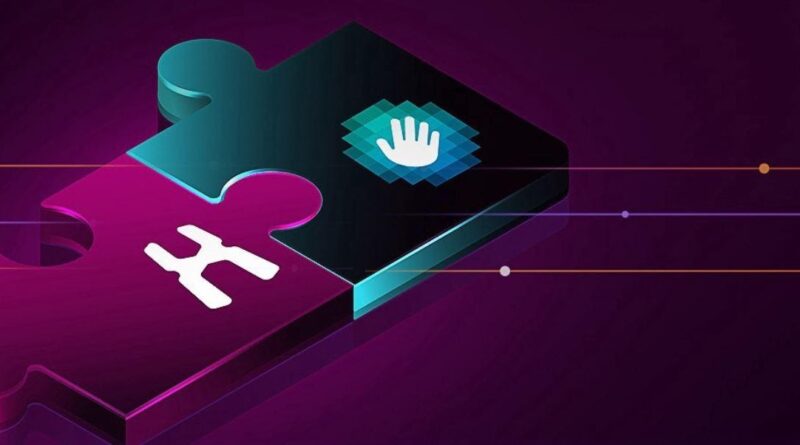 The most glaring effect of the COVID lockdown was the willingness of companies to embrace remote work.  More professionals have shown a willingness to transit to the digital nomad experience, which for some time was the face of the global gig economy. The evolution of remote work has opened new vistas for the gig- economy to transit into the centerstage of global employee management practices.

Human Protocol is an emerging work platform that has shown to be efficient and credible. The partnership developed so far with the likes of Solana, Chainlink, Ethereum, and Polkadot, to mention a few, are indications of the possibilities that it offers. The project has also got excellent ratings from Intel and CVAT.

Work platforms are internet services that connect businesses with employees that perform HIT or Human Intelligence Tasks for remuneration. The overall goal is to shorten the time it takes to work and get paid offline. Assume you work for a corporation and it’s time to get paid. We’re all aware of how time-consuming the processes are, from HR to cashiers, payroll managers, IRS forms to file, and the completion cycle.

However, with the introduction of work platforms, these bugs and slags will be eradicated for good. It means that workers can be linked directly to their employers, and they can be assured of being paid instantly after the job is performed. This is because employers, commonly known as requesters, would be required to prefund a reward with their work platform service providers which an automated system will credit the worker or employee.

Now, let’s take a closer look at HUMAN Protocol and how it works.

How does HUMAN Protocol work?

HUMAN is one of the few work platforms created on a decentralized network, which aims to connect requesters and workers for tasks while workers are being compensated in cryptocurrency. For requesters to launch any job, they must first prefund the task by acquiring a token. The HMT is the token used by HUMAN.

In terms of tokens, Eli Khedouri, advisor to the project, discusses the HUMAN system. He stated that the HUMAN Protocol “relates to the larger story of how to retokenize human labor.” “How can we have one individual from a group of people complete a job, then another reviews the quality of the job, and then another independent neutral party pays?”

Furthermore, according to Eli Khedouri, the HUMAN protocol seeks to address the issue of trust, which has long been a barrier to the success of online market services.Khedouri claims that HUMAN accomplishes this through enforcing justice, work quality, and contentment.

Taking Khedouri’s concept into account, we can summarize HUMAN protocol as a platform where employment markets are automated.

If the history of the HUMAN protocol is taken into consideration, it may increase the level of trust in the service. It’s important to know that the HUMAN protocol originated from the highly successful and widely used proof of humanity software, popularly known as the h-Captcha. This was their first service, and it is an on-chain Google’s version of Re-Captcha.

How does HUMAN Protocol achieve its goals?

The platform aims to provide that link between the actual world and the blockchain, it necessitates the use of an efficient on-chain Oracle. It is pleasing to inform you that HUMAN launched its Reputation Oracle this year in conjunction with Chainlink; one of the world’s best oracle networks.

For those unfamiliar with these technical words, an on-chain oracle is basically an entity that connects the blockchain to the real world. As a result, blockchain systems that send and research data from the real world can function properly, as opposed to their usual default state, which limits them to the information circulating within the blockchain environment.

For HUMAN, the Reputation Oracle serves as its on-chain oracle, and also a neutral intermediary between workers and requesters. It is responsible for automating the entire process, from task assigning to payment. It ensures that the task performed by the worker is of high quality and fits the demand of the requester. If, however, a worker fails in their assignment, the money is instantly returned to the requester.

HUMAN has a number of programs in place to help it achieve its goals, and we want you to be aware of them. The first is the BugBounty, which is designed to keep its services safe. White hat hackers can get rewarded for finding bugs on the platform.

The second program is the Ambassador Program, which is designed to award users with HUMAN tokens (HMT) for assisting in the promotion of HUMAN.

Finally, and most importantly, there is the Grants Program. HUMAN is now sponsoring a $10 million grant initiative.

Essentially, the grants program is intended to fund projects building on the HUMAN Protocol. Rounds of applicants submit suggestions, which are judged based on merit, credibility, and HUMAN standard. Winners are compensated in HMT and/or cash.

You may find out more about this grant by following them on Twitter at @human protocol.

The HMT has a total supply of 1 billion. Its most recent trading price was $0.661171, and its ATH was recorded in August 2021 at $1.37. The price performance has shown a correlation to the overall market so far.

It is the accepted norm that the success of any organization is highly dependent on the expertise it has access to, and HUMAN has a built what can be regarded as a world class team.

Harjyot Singh is HUMAN Protocol’s Technology Director and the leading force behind the project. With more than 10 years of experience as an engineering manager and an emphasis on distributed computing, he has worked for a wide range of enterprises and industries. One of his earlier start-ups dealt with issues such as misinformation and privacy.

As of late, his primary interest has been on figuring out how cutting-edge technologies like artificial intelligence (AI) and blockchain may be used to better the daily lives of internet users.

Eli-Shaoul Khedouri is an advisor working closely with Harjyot to get the project going. He is a recognized AI leader who has applied machine intelligence to numerous business challenges. As one of the Protocol’s initial creators, he helps the Foundation on technical strategy to guarantee HUMAN’s technology stays adaptable and responsive to business demands.

Khedouri is also the CEO of Intuition Machines, a firm that provides AI/ML-powered products and services to many of the world’s most well-known organizations.

Alex Newman is the Protocol Designer, working closely with the team as a distributed systems and database expert. For more than two decades, he has established and led technical teams for many technological firms, including Ohmdata (sold to WANDisco).

Eoin Whelan is the Finance Director. Eoin has a wide range of experience in both the private sector and the public sector, having worked for PwC and EY in the past. In 2017, he took advantage of this experience to shift his focus to the token economy.

The Human Protocol has set out to revolutionize the gig-economy as we know it. As the project consolidates, it promises to attain higher  efficiency levels and meet the ever-evolving market workspace demand.

These Digital Monsters Live on Ethereum, But They'll Fight on Zilliqa