On June 8, 2021, El Salvador President Nayib Bukele proposed a law to make BTC a legal tender in the country. On September 7, 2021, the law came into effect and every business registered in El Salvador was forced to accept BTC alongside the U.S. dollar, despite heavy protests. Afterwards, Bukele introduced a BTC wallet made specifically for the citizens of El Salvador, and airdropped $30 in BTC to each wallet, totaling ~$0.1 billion out of the treasury, which is not a tiny amount for a country constantly looking forward to International Monetary Fund (IMF) loans.

Though the initial gamble of ~$0.1 billion worked out as BTC price has mostly appreciated since the airdrop, yet the constant increase in exposure to BTC by Nayib is putting El Salvador’s economy at risk. First, it was an airdrop, then it was BTC mining through the electricity generated from volcanoes, and now the most dangerous part of all, buying a dip.

Interestingly, he appreciated his own decision in another tweet after BTC went up just 2% after the purchase within an hour:

More interestingly, at the time of writing, BTC is down about 23% since this tweet.

Nayib believes that forcing people to accept and use BTC will lower the country’s dependence on U.S. monetary policy, as the dollarization of the nation makes it heavily dependent upon USD; however, it must be kept in mind that other than Tether, BTC is now largely dependent on the U.S. stock market. With Michael Saylor’s MicroStrategy, Jack Dorsey’s Square (Block), and Elon Musk’s Tesla taking special interest in BTC, it has become heavily correlated to the stocks. For example, MicroStrategy’s MSTR overlapped to BTC chart look somewhat similar:

What if ‘number goes down’?

With the Fed’s faster tapering and interest rate hike on the horizon, there is a good chance that Wall Street faces a tough time keeping their stock charts healthy. The riskier and volatile assets are prone to damage the most, and BTC undoubtedly is one of the most volatile assets. If such a bear case plays out and institutions like MicroStrategy are forced to sell their BTC holdings, will Nayib keep buying with the poor country’s treasury? This is inarguably an experiment that Nayib is performing on the whole nation of about 7 million people, by enjoying his status of dictatorship.

It should be noted that the country depends heavily upon loans as well, and participating in such volatile activities through the nation’s money is not well received by the institutions providing loans. The IMF is not willing to help as much as it used to, as they are afraid of whether the loan can be paid back due to ever-increasing BTC exposure. In fact, Salvadoran bond prices have been tanking ever since the BTC bill came into effect, signaling the continuous loss of faith in El Salvador’s economy:

Did Nayib enforce this law for… fame?

One thing that Nayib has definitely gained from enforcing this law, is the international news coverage. From big to small media outlets, pretty much everyone covered his tweets, interviews, etc. The section of the people that promoted him the most is the one that promotes the centralized technology of the Lightning network, which is very far from the core reason for the creation of bitcoin. Since the beginning of this drama, from Adam Back to Anthony Pompliano, everyone has been falsely trying to make people believe that BTC can work for smaller transactions, which is simply not possible in the BTC ecosystem due to small blocks.

All in all, Nayib is playing a gamble with the treasury of El Salvador, and so far, it has been working. However, it all works until it doesn’t, and once it goes in an unexpected direction, one can only hope that Nayib wouldn’t continue to buy the dips all the way down using El Salvador’s treasury.

Follow CoinGeek’s Crypto Crime Cartel series, which delves into the stream of groups—a from BitMEX to Binance, Bitcoin.com, Blockstream, ShapeShift, Coinbase, Ripple, Ethereum, FTX and Tether—who have co-opted the digital asset revolution and turned the industry into a minefield for naïve (and even experienced) players in the market. 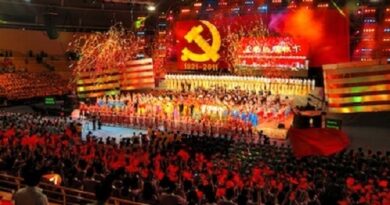 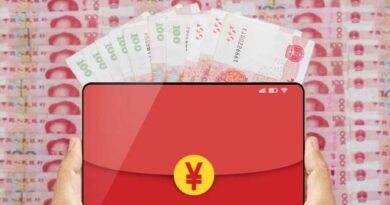 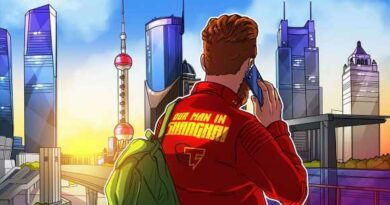