But it’s non-fungible tokens, NFTs, that have been in the news and RelayX founder Jack Liu is bullish about their prospects—though not just for speculators.

“It’s not about the token going higher and higher in price,” Jack asserts. “It’s about an immutable way to do provenance—and track and move and trade an item, that I think can be super-powerful for all the items in the planet.”

The possibilities for NFTs are almost unimaginable: “there are a billion physical things but only a few so far have become NFTs,” he points out. “At scale every single piece of matter in this entire world, as Craig Wright mentions, even a grain of sand, could be represented on the blockchain.”

Jack was speaking on this week’s episode of CoinGeek Conversations. He admitted that he hasn’t been a customer for the video clip NFTs offered by NBA Top Shot, even though he’s a big basketball fan. But he didn’t want anyone to think that was through any lack of confidence in their potential: “I’m not a skeptic. Personally I’m fascinated about NFTs.” He just doesn’t happen to be a collector.

“I have great appreciation for art and artists but owning a piece of the work is not my focus,” Liu said, adding that RelayX will be creating a market place for NFTs soon.

A whole new perspective on NFTs arose when host Charles Miller suggested that an NFT might be a long-term alternative to receiving socks as a Christmas present. Hypothetically, Jack explained that somewhere down the line, Charles might be able to sell the NFT, which was a representative token for the socks. Or that the NFT might entitle the holder to replace the socks with new ones over time—more of like a subscription than a one-off gift.

But returning to fungible tokens, at the moment, there is just one, the Shua, available on the RelayX Exchange—a fully decentralized end-to-end exchange that includes onchain order book, locking script and settlement. “We thought it was a good token to surface, it has a lot of users and it runs on both the Run network and the Money Button network,” Jack explained. “It’s a good way to test out the DEX before we unleash more tokens.”

Jack said his team will be putting out more tokens on RelayX and Run, exceeding the number already available on Money Button. He predicts that there will be an explosion of tokens that are exchangeable, useable and redeemable.

Jack’s investment arm, Output Capital, is supporting Haste, the BSV gaming app. The decision to invest, Jack says, was due to the healthy number of transactions the startup already had. “It’s kind of obvious that this kind of app and platform has so many users, it’s so easy to use and that you can associate transactional blockchain with rewards.”

As for the issuance of their own tokens by Haste and others, Jack explains, it’s a new way to incentivize. “Gamers get to earn the token and developers who make new games on the platform get to earn from Haste.”

Jack wants the community to promote the platform with the use of tokens. “Tokens help bootstrap a network effect in the same way that doing Facebook and Twitter ads might have done …but they cost a lot of money and require VC fundraising.”

Jack mentions HandCash and his hopes that it would eventually support Haste and other tokens. Ideally, he wants the two wallets to have interoperability. “My goal is to grow Bitcoin and not just grow Relay and weaken the whole ecosystem. We grow together.”

As for the future of RelayX, Jack looks to improving the wallet even more so that it could work better for tokens and for other apps. “We stood for the right kind of values, at least in our opinion, of what Bitcoin can do, and that is individual empowerment, a decreasing friction economy and giving people more opportunity to collaborate with others.”

Hear the whole of Jack Liu’s interview in this week’s CoinGeek Conversations podcast or catch up with other recent episodes: 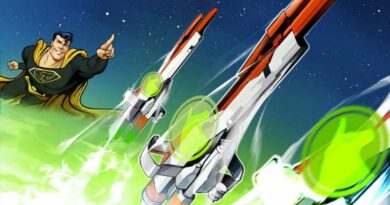 CFA Exams To Include Crypto and Blockchain Topics beginning Next Year, 2019