Unspent transaction output (UTXO) management and seed restoration have become a hot topic of debate in the BSV blockchain ecosystem in recent times. Ever since ElectrumSV developer Roger Taylor pointed out that seed restoration may not be supported in the future as we move towards giga-sized blocks, BSV developers and users have been deliberating on the best way forward. Joshua Henslee offers his perspective in his latest video.

Currently, Bitcoin SV applications address scanning based on the keys linked to a user’s seed words. However, “as the blocks get so big, it will become untenable at scale to just make queries to different blockchain APIs or nodes to get your address history and calculate the balance,” Henslee observes.

The solution to this would be to store a user’s UTXOs when they back up their seed phrase. This way, the user can spend them easily without having to make external queries. This querying of UTXOs on MatterCloud, WhatsOnChain, and other similar services is only good when the blocks are only kilobyte- or at most megabyte-sized.

Storing your UTXOs while backing up your seed phrase will come with its own set of tradeoffs, Henslee points out. For one, you will have to keep track of all the coins linked to all your addresses.

Local storage of UTXOs brings into focus the issue of address reuse, an issue that Dr. Craig Wright addressed in the Bitcoin white paper. In a follow up blog in 2018, Dr. Craig Wright doubled down on this, delving into the privacy model he built into Bitcoin.

Henslee also talked about UTXO management for wallets, acknowledging HandCash for pioneering in this field for the Bitcoin SV ecosystem. Other wallets must step up their game to go with the times as gigabyte-sized blocks become ubiquitous.

With UTXOs, your wallet should allow you to view the full transaction accessible to you. As such, once you spend any coins, you know the future state of your UTXOs based on the current transaction. This eliminates the need to make external queries, Henslee observed. Coupled with the splitting of UTXOs and not reusing addresses makes using Bitcoin much less risky.

“People are going to have to listen to what Satoshi/Craig has been saying. You take your transaction, you build it yourself, and you hand it to the merchant. You do not broadcast it to the network,” Henslee stated.

There have been concerns that such a model would open up Bitcoin use to abuse by fraudulent users through double spending. Henslee reminisced about the 90s when many people used to make payments through checks. The merchant had no assurance that the customer had the money in his account or if he would write the same check elsewhere. Nonetheless, the system thrived since the number of people who appreciate the utility far outweighed the few unscrupulous fraudsters.

UTXO spending will be much faster for the customer. For the merchant, he’ll get to validate that the transaction is correct and extract the data for local storage before broadcasting it to the network.

“That solves the issue of the merchant having to scan the blockchain for transactions and addresses too,” Henslee said.

While UTXO spending will reduce the need for address scanning, it will not entirely kick it out of the ecosystem. In fact, there will spring up a business opportunity for platforms like WhatsOnChain to offer address scanning for a fee as blocks get bigger and as it gets harder. MetaSV, the node operator behind ShowBuzz, ShowApp, and other apps, has already done this and is charging for this service. 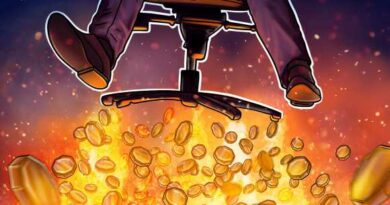 CoinGeek Live 2020: The future of digital asset security and custody