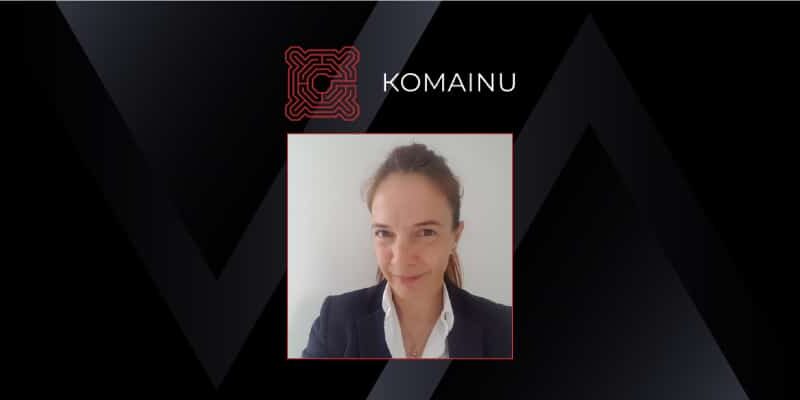 Recently announced in an official press release, Suzanne Hubble, an executive veteran with close to two decades of experience in the Finance industry, has been named by Komainu, a regulated digital asset custody services provider, as its new Chief Operating Officer & Chief Financial Officer.

Hubble brings almost two decades of experience in Banking and Finance, with specific knowledge of eCommerce and clearing. Komainu selected her for the role as she is a seasoned business strategist with unique institutional banking experience.

The appointment follows Komainu’s $25M Series A funding round, as the company continues to scale and increase its capabilities in a timely secure and regulatory compliant manner. Further, Komainu has witnessed its Assets Under Custody more than double since the end of 2020. Thus, Hubble’s main role will be to develop and execute the Company’s growth strategy.

Prior to Komainu’s announcement, Hubble has been serving HSBC as a Program Director for the last two years. She has been instrumental in the delivery of the Bounce Back Loan Program and Commercial Banking.

Earlier on, she joined Pilotlight in late 2018 as a Pilotlighter. Since then, she has been using her business expertise to help navigate charity leaders through the obstacles facing them.

Further, Standard Chartered Bank benefitted from her experience as its Regional Chief Operating Officer in Europe. She was based in London for four and a half years fulfilling the requirements of the role.

Additionally, Hubble completed a stint at Citi as its European Head of OTC Client Clearing. She took on the responsibilities of the role for just sixteen months.

Before that, Intercontinental Exchange Inc. sought out her services as a Director of CDS Development. From July 2009, she successfully accomplished the duties of the role until late 2011.

Previously, she worked for JP Morgan for almost eleven years. Initially, her title was FX eCommerce where she spent around seven years. Then she received a promotion as its Credit eCommerce at the end of 2005.

Hubble’s earliest known position was at Schlumberger as a Wireline Engineer back in September 1996.

Henson Orser, President and Acting CEO of Komainu, said: “Suzanne is a widely respected, seasoned business strategist, and her unique and extensive experience in the institutional banking landscape is why she has been selected to further advance the business. Suzanne will play a pivotal role in expanding Komainu’s reach in the industry, and I look forward to collaborating with her directly to drive our ambitious growth plans. Our focus is to continue to innovate and expand upon our current services and her expertise will be key to this process.”

“Since its launch in 2020, Komainu has established a great business model and talented team that is uniquely positioned to capitalize on the evolving financial ecosystem as institutions move closer to fully adopting digital assets. I look forward to advancing our operational excellence and further establishing our presence in the space as the best-in-class provider of custody services for institutions,” Hubble added.

Crypto Trader Says Bitcoin Will Drop To $3,500 Before We See a Major Bull Run