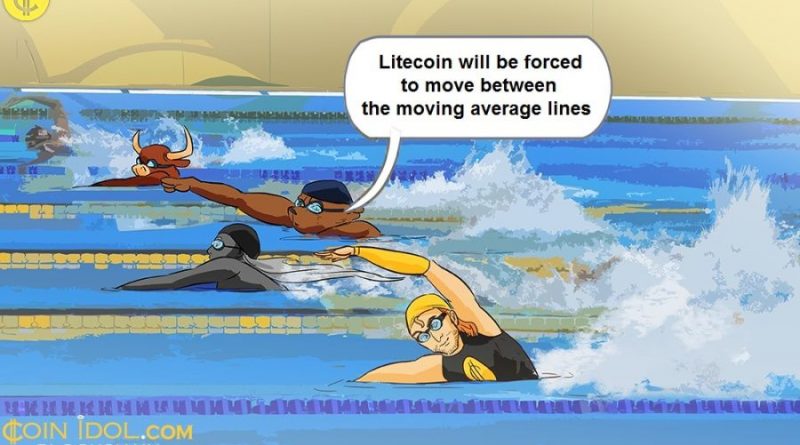 Litecoin (LTC) price has declined but managed to hold above the 50-day moving average line. It is now capped between the moving averages. The 21-day line SMA is currently being retested or breached by Litecoin, which price is rising.

Litecoin is currently at the 50 level following the 14-period Relative Strength Index. According to the RSI, supply and demand have reached equilibrium. The price bars are between the moving average lines, which indicates that the cryptocurrency might be moving in a range. The daily stochastic for Litecoin is above the 68 level, indicating bullish momentum for the cryptocurrency. 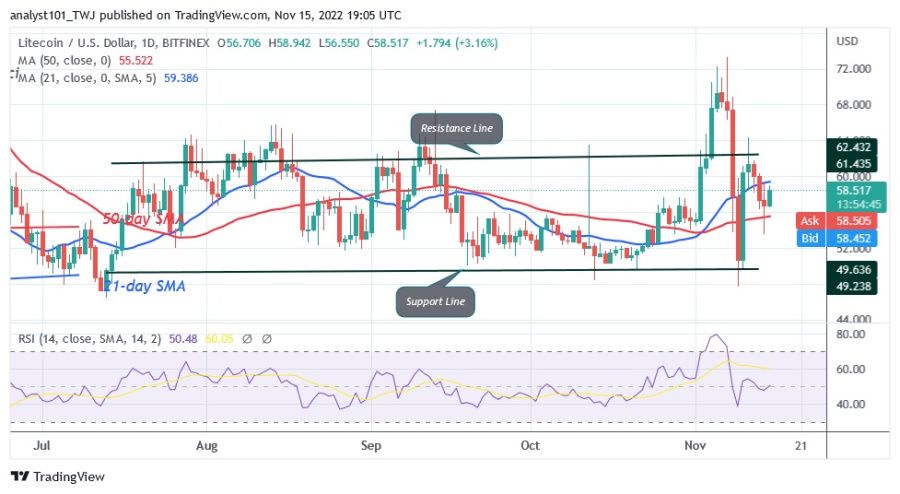 What is the next move for Litecoin?

After rallying above the $48 low, Litecoin has completed an upward correction. As it approaches a high of $58, the cryptocurrency is entering the overbought area. If the altcoin reaches this area, it will fall. 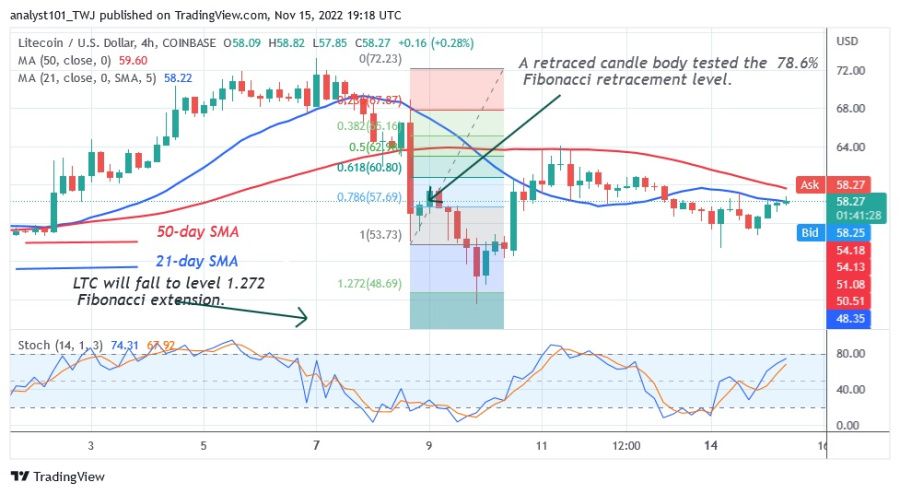