We last reported on Livepeer last night, when the price rose over 54% making it the biggest gainer on Crypto.com. The hype continues for Livepeer today as LPT set a new all time high of $76.47. Let’s take a closer look and see why the market is so excited about Livepeer.

If you’re unfamiliar with Livepeer, the simplest way to describe it is: A blockchain based live streaming service that provides competitive rates for transcoding video.

You can set up your Livepeer stream in minutes via a streaming software like OBS and get a public link to your stream that anyone can view.

Users can also stake their LPT tokens in exchange for more voting power on protocol proposals and the right to perform delegate work on the Livepeer network.

Why Is Livepeer Price Rising?

As we reported last night, Livepeer made their first company acquisition last month – Mist – a live streaming server. MistServer already has an active user based that will now have the option to utilize Livepeer’s services. In the acquisition announcement, MistServer said:

“The extra resources Livepeer is making available to us will allow us to accelerate development and provide you with an even better product and service going forward.”

Another reason for Livepeer’s price hike might be due to the team’s increasing effort to be present in the crypto community. After announcing that Livepeer will be sponsoring ETHGlobal’s Web3 Jam, the big announcement of today is an upcoming quarterly topic call with the Head of Blockchain Engineering at Shopify.

While it’s still early to bet on a partnership with Shopify, we can all agree that something is brewing.

The call will be held on Thursday, 12PM EDT on November 11th and will be open to the public to watch live.

At the time of writing Livepeer is ranked as the top 85th cryptocurrency based on market cap. LPT’s total market cap is $1.6B with a 24 hour trading volume of $1.1b (almost double the trading volume that Livepeer had last night).

Livepeer’s circulating supply is 21.16M, with a total supply of 22.85M. A relatively small amount of tokens are locked up, which means we won’t see an influx of LPT tokens coming into circulation out of nowhere.

After yesterday’s astronomical price gains it would see the market would calm down today. Instead, the trading volume double overnight and the price increase another 20%. Livepeer definitely has a solid foundation, but if you’re looking to take profit in the short term LPT is a risky buy

This isn’t trading or investment advice. Always do your own research. 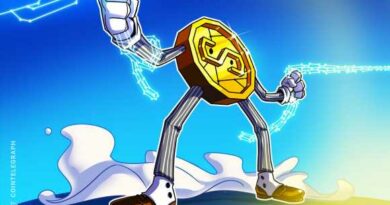