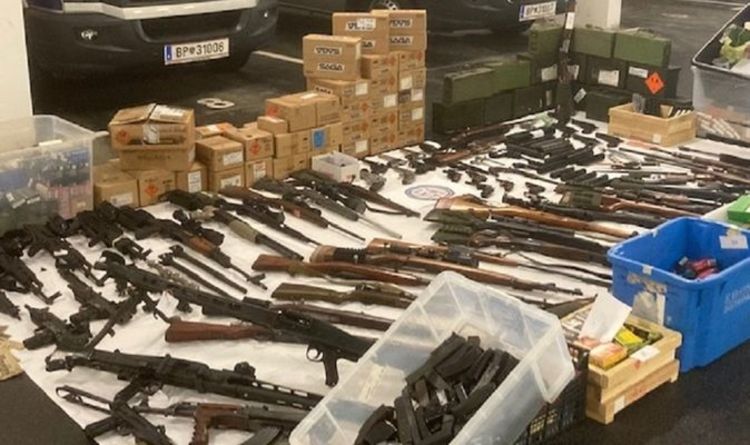 Austria’s domestic security agency and counter-terrorism unit seized the haul during a house raid on Tuesday. The arsenal was found at the home of a 53-year-old man from a spa town 26km south of Vienna. He is suspected of having links to the far right.

Machine guns, shotguns, pistols, pepper spray, tasers, a hand grenade, seven pipe bombs, assault and sniper rifles were discovered with many of the firearms loaded, according to RT.

Among the Nazi paraphernalia were a steel helmet emblazoned with a swastika, a bust of German General Erwin Rommel, medals, coins and magazines.

A provisional gun ban has been imposed on the suspect and his wife.

Investigators are searching their contacts in order track down anyone who helped them obtain the cache.

Austria’s federal minister of the interior, Karl Nehammer, hailed the find as a strike against “the right wing extremist scene”.

In a series of tweets, he commented: “The result clearly shows that the fight against right-wing extremism has not lost its relevance.

“The police will continue to act consistently against this scene and protect democratic coexistence in Austria.”

The discovery was made on the same day a memorial was unveiled in Vienna which includes the names of the 64,400 Austrian jews who were killed in the Holocaust.

Austria’s Conservative Chancellor Alexander Schallenberg, speaking at a ceremony marking the opening of the memorial, said: “They were deported, starved in ghettos, shot dead in forests or brutally murdered in extermination camps.”

The memorial itself is made up of an ellipse of stone walls and is situated in a park opposite Austria’s central bank, Reuters reports.

“With this wall of names we pull their names and their history out of oblivion. We give them back their identity, their individuality and with that part of their humanity.

“And they once again have a place in their homeland,” Mr Schallenberg said.

DON’T MISS:
Boris throws own MP under bus as he rages at Cox over £1M second job [REPORT]
Raab lashes out at sleaze claims ‘Look at how much Labour take!’ [REVEAL]
Keir Starmer left squirming as he is confronted on second job [INSIGHT]

The only other Holocaust memorial in Vienna naming victims is in the city’s main synagogue.

The project was backed in 2018 by a previous coalition government of Mr Schallenberg’s conservatives and the far-right Freedom Party which was founded in the 1950s and whose first leader had been an SS officer.

Mr Schallenberg explained that another policy put forward by the government, granting citizenship to the descendants of Austrian Holocaust victims, has been taken up by more than 6,000 people since it was introduced last year.

“Too many people stood on Heroes’ Square in March 1938 and celebrated,” Schallenberg said of the huge crowd that greeted Hitler in Vienna.

“Too many watched and took part as their fellow human beings were robbed, driven out and murdered. And we looked away for too long, until we became aware of our role as perpetrators,” he added.

Dad 'punched, drowned and burned body of his daughter, 5, because he believed she was controlled by witchcraft' 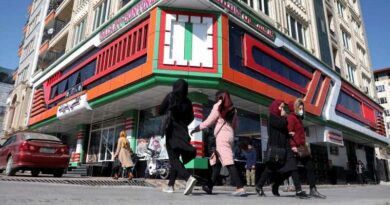