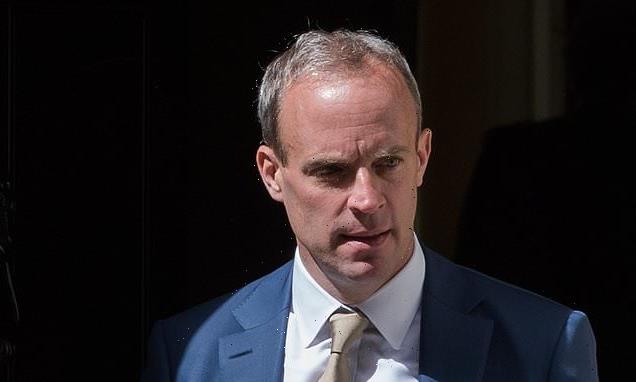 Specialist courts are being set up to boost the number and speed of rape cases going to trial. 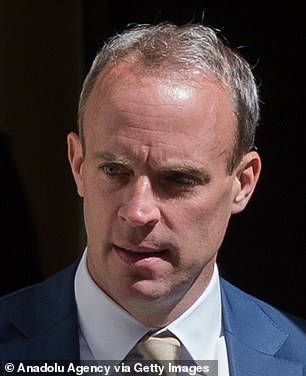 Justice Secretary Dominic Raab said: ‘These pilots will focus on improving support for victims, tackling the backlog and reducing delays.’

Dedicated courtrooms will be established in three crown courts which deal with a higher than average case load of sex offences.

In the courts, police, prosecutors and all staff will receive trauma training as part of a package of ‘enhanced specialist sexual violence support’.

The pilot scheme comes at a time when victims face waiting years for justice.

It begins in October at Leeds, Newcastle and Snaresbrook Crown Court in London.

Rape victims will be able to give pre-recorded video evidence, including cross-examination, to spare them the stress of giving evidence in a live trial. It is hoped the support will stop victims pulling out of prosecutions amid long waits for justice – in part fuelled by the backlog of cases going through the courts.

Justice Secretary Dominic Raab said: ‘Rape convictions are up two thirds over the last year and cases are being completed five weeks quicker.

‘But we are restless to go further, and these pilots will focus on improving support for victims, tackling the backlog and reducing delays.’ The initiative comes a year on since the Government published its landmark Rape Review Action Plan saying ministers were ‘deeply ashamed’ of the downward trends in bringing sexual offenders to justice. Operation Soteria, a new police approach to investigating rape that focuses on the suspects not the victims, is also being expanded from five forces to 19 by March next year.

The most recent Crown Prosecution Service figures show tentative progress in obtaining justice for rape victims. Data from October 1 to December 31 2021 showed a 4.6 per cent increase in the volume of suspects being charged with rape – 550 in total, up from 526 the previous quarter.

The number of rape convictions also increased from 407 to 467 during that time.

Home Office figures released in April showed that the lowest charging rate of all offences continues to be for rape, with just 1.3 per cent of 67,125 offences recorded by police in 2021 leading to a prosecution.

Home Secretary Priti Patel said: ‘Rape is an abhorrent crime and I want to see a transformation in the way these investigations are handled to make sure that all victims have the best support possible throughout the entire process.’

Military police need to improve how they handle rape and domestic abuse cases, according to inspectors.

Her Majesty’s Inspector of Constabulary Matt Parr said while they found ‘evidence of good quality investigations’ across the Royal Navy Police, the Royal Military Police and the Royal Air Force Police the ‘safeguarding of victims needs to be urgently improved.’ He added: ‘Too many victims told us they felt unsupported.’

A new low in posturing over climate change