It all started when the headlines featured the news of the world’s largest crypto exchange moving its operations to Malta. Now, a couple of weeks later, we see at least 3 more exchanges moving to offshore locations in response to recent regulation crackdowns in China and Japan. So what benefits are the likes of Binance and Kraken are seeking when relocating to those remote island locations? And in what ways – if any – is their legal framework beneficial for setting up a crypto-related entity?

Back in February 2017, Gibraltar’s government announced the plans to issue the regulatory framework for cryptocurrency with the supervision of the Gibraltar Financial Services Commission (GFSC). GFSC prepared proposals for necessary legislation to provide an efficient, safe and innovative regulatory framework in Gibraltar. The main idea of the proposal was to make it possible for innovative companies to transmit and store value belonging to others through the distributed ledger technology (DLT). Taking into consideration Resolution of European Parliament as of May 26, 2016, on virtual currencies the “Founding Fathers” of DLT regulatory framework in Gibraltar proposed these nine regulatory principles for licensing firms going to operate DLT:

Then, on January 1, 2018, the Financial Services (Distributed Ledger Technology Providers) Regulations 2017 (LN. 2017/204)[2] came into effect. The act stipulates to obtain special DLT license for companies willing to operate with cryptocurrency via the blockchain technology (DLT) i.e. “Carrying on by way of business, in or from Gibraltar, the use of distributed ledger technology for storing or transmitting value belonging to others” (paragraph 10, schedule 3 of Financial Services (Investment and Fiduciary Services) Act). The government fee for obtaining the DLT license is ranging between £20 – 30 000.

From the first glance at this new regulatory environment, it may look like now Gibraltar is the best place to relocate a crypto-business. However, it’s crucial that technically the country is not the part of the EU Common Customs Territory, while still being within European Economic Area. Gibraltar is also a part of the British overseas territories, which means that Brexit could dramatically change its both legal and economic environment. Another risk is that Gibraltar – as the part of British overseas territories – will have to disclose information on beneficial owners of the companies under the UK policy against the corruption, tax dodging and money laundering. Additionally, a company obtained the DLT license under Gibraltar’s law will have to open a corporate bank account – and that is where the bank’s KYC procedure comes into play. The major questions here is whether the banks ultimately be willing to work with exchange operations of fiat to cryptocurrency? So far in practice we have seen private banking sector being rather cautious when offering banking services to companies transferring cryptocurrency. Yet, no doubt that the situation would change completely, once new rules on anti-money laundering and KYC procedures for cryptocurrency users are finally implemented.

From the taxation perspective, Gibraltar could be well favoured by many European and American companies. Corporate tax in Gibraltar is ten percent without taxation on dividends. However, any corporate structure shall be subject to legal review, because most countries have their own rules on controlled foreign companies. Another point to consider is that many OECD (The Organization for Economic Co-operation and Development) resolutions and programs – such as BEPS (Base Erosion and Profit Shifting) – are applied to Gibraltar. Those actually erode Gibraltar’s status of a classical offshore territory with a fairly low-tax rate in a proper sense, making it rather regular jurisdiction without any outstanding legal appeal.

It looks like pretty much the same regulation perspective is taking shape in Malta. Last week Morgan Stanley reported that most cryptocurrency trading volumes now happen at the marketplaces based in Malta coming from the companies registered on the island:

Speaking of the legal framework, back in 2017 Malta Financial Services Authority (MFSA) proposed a scheme for collective investment with cryptocurrencies. The legislation draft announced by MFSA proposes licensing for qualified investors with a right to invest in cryptocurrency. Simply speaking, if this act is finally approved by the government, Malta has great potential to become one of the most attractive places for investors and incorporation of funds. In April 2018 Parliament of Malta began discussing three bills regarding cryptocurrency regulation: Malta Digital Innovation Authority Bill (MDIA) on establishment special government authority for certifications of DLT companies; Technology Arrangements and Services Bill (TAS) on registration and certifications service providers; and The Virtual Financial Assets Bill (VC) on regulation of financial services with virtual currencies. The ultimate goal of MDIA is to certify and regulate blockchain run businesses and their operations, the Malta Independent reported. The organization has also announced the plan to create a framework to oversee ICOs. These Maltese legal developments – if finally implemented – would definitely create a good framework for cryptocurrency business, such as platforms, funds, exchanges etc. In the meantime, it is rather difficult to evaluate how they would be affecting the overall ecosystem. The biggest issue here is probably the banks’ willingness to operate fiat / cryptocurrency transfers.

Without providing any specific time frames and before being actually passed into legislation, all these legal proposals – however innovative and beneficial they were – for now appear to be mere promises government that lack credibility and effectiveness.  Whether it is Malta, Gibraltar or anywhere else, these kinds of initiatives have to be backed up by concrete actions and detailed implementation schemes on the government side. So, for now – before heading to another ‘crypto paradise’ – we strongly advise first taking some time to talk to a lawyer about all possible implications of such a move. Probably not the Maltese lawyers though – we hear they’ve already started offering assistance with licensing services for crypto startups, yet the licensing has only been broadly declared with no specific details about the licensing authorities or requirements, etc.

Surely, it’s great that we see such offshore territories as Malta and Gibraltar advancing further into creating a beneficial legal framework for the crypto industry. Governments worldwide should realize that these steps will lead to massive money influx into both state treasury and the country: crypto exchanges will bring along all the other players – from blockchain startups to well-established businesses. However, the main concern here is providing comfort for all the participants– users, investors, businesses and the government. That’s why along with building a favorable legal system,  another important thing is setting up some sort of self-regulatory associations – and we already see that happening.  These SROs could not only contribute to observing the interests of all the stakeholders, but also to create transparent and beneficial legal terms that ideally should become as much global and unified as possible. That appears to be perfectly in sync with a decentralized modus operandi of the whole crypto space: no matter where your business is located, the operating rules and standards are the same. And the county that first comes up with this set of rules will do a great favor to the global community’. 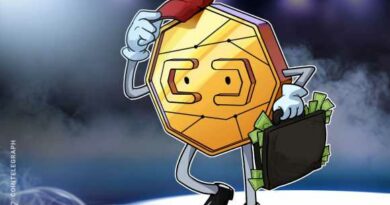 Ethereum Classic Jumps Into DeFi With Fantom Partnership, But Only as Collateral 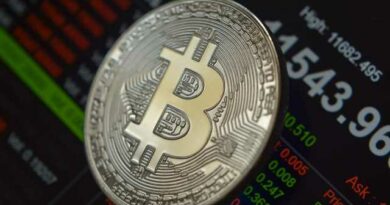