Home » Crypto » Michael Hudson: We need regulators and big brands to get the BSV message

Users of the Gravity wallet received an unexpected email in February telling them that within a few weeks they must transfer all assets—digital currency or fiat—out of their wallets. Gravity had been warned that it wouldn’t be given a licence by the U.K.’s Financial Conduct Authority (FCA)—and so it had to close its service.

Then, this month, a new email arrived. Gravity was restarting its service under the name of Gravity Money and was now based in Lithuania. Its former users were invited to reopen their accounts.

It’s been a busy and traumatic period for Michael Hudson, the founder and CEO of Bitstocks, the London company which operates Gravity, as he explains on this week’s CoinGeek Conversations.

It was “quite a blow, and quite a shock for us,” Michael says. “The FCA made it very clear in the discussions with them that it would be advantageous for us to withdraw our application as it stood a low likelihood of being approved.”

Michael explains this result was typical for anyone applying with a digital currency-related business: “well in excess of 90 percent of applicants have received a quite similar message.”

But Bitstocks was hoping its proactive attitude to regulators over a relatively long period would mean it would be treated differently. “I try to not take it too personally,” says Michael. “It is unfortunate that we just got brushed with the same brush as everyone else in the space, irrespective of our approach. But I guess the FCA as a regulator is just too inundated and busy to actually look at applications based on their individual merit.”

So how did Michael win the approval of Lithuania’s equivalent of the FCA? “Well, the great thing is that they’re very structured and very clear about the processes …in order to be authorised.” In fact, it sounds as though the Lithuanian regulator was everything Michael had hoped for in the U.K.: “They have a much more efficient process. And also the legal framework is a lot clearer. It’s just been a great experience working with the Lithuanians.”

Whilst Michael is as optimistic as ever about the prospects for his company (“I’m more bullish than you could possibly imagine, more than I could possibly state”), he feels he hasn’t received much help in his battles with regulators:

“If I’m being quite frank, [I’m] a little bit disappointed there hasn’t been more support about getting the BSV based solution in the banking system from some of the actors in the BSV space, because I do think it’s really important. And I also feel like I’m actually the only one trying to address having a seat in this new transition table from a banking standpoint.”

He’d like to see efforts to get big businesses using BSV for their supply chains and then using their endorsement to persuade bankers and regulators of its merits, rather than having the bankers, as he predicts, heading towards central bank digital currency (CBDC) development based on a proof of stake model.

Making BSV acceptable in the political and financial world may mean that miners would need to adopt a carbon-offsetting plan. “To ensure that we are not attacked …we need to be carbon zero and we need to have economic value dependent on our infrastructure that’s actually the same economic value that’s lobbying the political interests.”

In the meantime, Michael’s customers will be pleased to be able to open the new Lithuanian version of their Gravity wallets.

Hear the whole of Michael Hudson’s interview in this week’s CoinGeek Conversations podcast or catch up with other recent episodes: 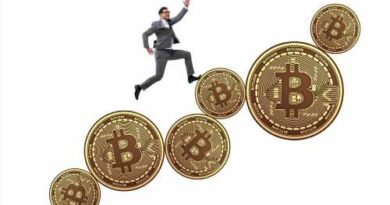 TA: Bitcoin Gains Momentum, Why BTC Could Rally Above $52K

XRP Surges Higher and Leads Today’s Crypto Market Surge, But Where Will It Go Next?