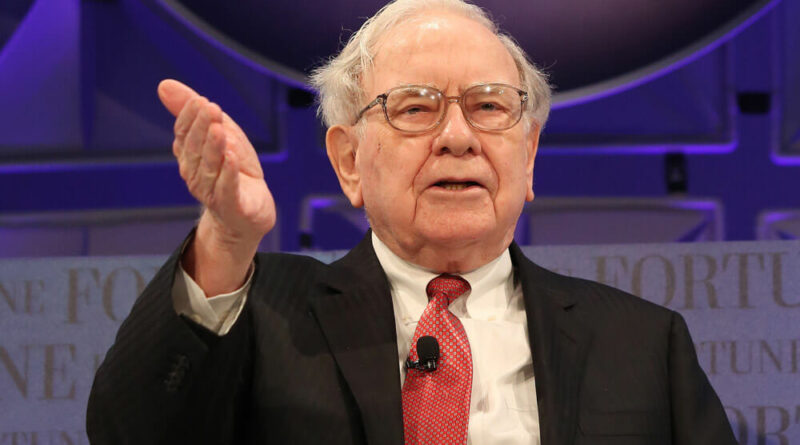 Michael Saylor – the CEO of software giant MicroStrategy – has commented that bitcoin doesn’t need help from people like Warren Buffett to really be successful.

In the past, Buffett – the CEO of real estate company Berkshire Hathaway – has been rather dismissive of bitcoin, comparing it to a button on his shirt and even calling it “rat poison squared” at one point. No doubt the man has a serious hate for the world’s number one digital currency by market cap, and his attitude couldn’t be more different from that of Saylor’s, whose company has purchased more than $5 billion in BTC to date.

Buffett has commented that bitcoin doesn’t produce anything, something Saylor later highlighted in a presentation on MicroStrategy’s virtual investor day. He commented that several other assets have done well without help from Buffett, and he believes bitcoin could do extremely well even if only five percent of the world’s institutions are willing to accept it.

Warren Buffett never bought Microsoft stock, and he was best friends with Bill Gates for nearly a generation, so just because successful investors don’t embrace bitcoin doesn’t mean that it’s not going to grow. Microsoft has been quite successful even without a Berkshire Hathaway investment.

Saylor says that he’s been following Buffett for over a decade. He has tweeted several Buffett quotes over the past year and a half and in a joking manner, has often connected them to BTC. Also, he has criticized Buffett for not understanding that bitcoin has value because of its name recognition.

In a recent call with shareholders, Saylor commented that he is now looking for ways to earn profit and cash in on the company’s major bitcoin holdings. He has been using cash flow from the company’s main business lines to purchase BTC over the past year, and while there is no set plan yet to put the bitcoin to use, he did mention the following:

There may be opportunities to either put a mortgage against it and generate long-term debt under favorable circumstances, which we could leverage up against the bitcoin, or we think that we could lend it to a trustworthy counterparty.

One of the ideas Saylor is considering is to allow large businesses to borrow his firm’s bitcoin. The company would lend the money out through a staking process and thus earn interest on its digital funds. Saylor says:

That could become a good source of income for us, or we could develop it with some interesting applications.

How to Make Money with the Currency

Responding to a specific question asked by one of the shareholders, he stated:

I think that we’re still a little bit too soon to say whether there’s a good bitcoin-backed bond market, but I look forward to exploring that in the future.