During March 2018, MOEX’s total FX market turnover again secured a consecutive monthly growth to RUB 29.6 trillion ($513 billion), jumping by 4.6 percent month-over-month from RUB 28.3 trillion ($495 billion) in February 2018 – the latest reading corroborates a strong uptick in volumes at the exchange after what had been a lackluster start to the year in January.

However, March 2018’s volumes at MOEX were lower than its March 2017 equivalents, as the venue’s FX market turnover dropped from RUB 36.7 trillion in the year prior, or -19.3 percent year-over-year.

Looking at MOEX’s derivatives market volumes during March 2018, the group also yielded a positive performance for the month. In March 2018, MOEX reported a figure of RUB 7.8 trillion for the month – this was reflective of a surge of 5.4 percent month-over-month from RUB 7.4 trillion in February 2018. 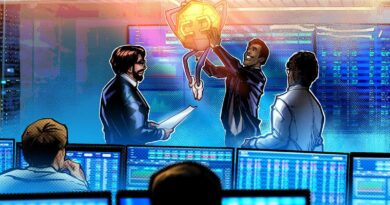 WisdomTree launches four cryptocurrency indices in US and Europe