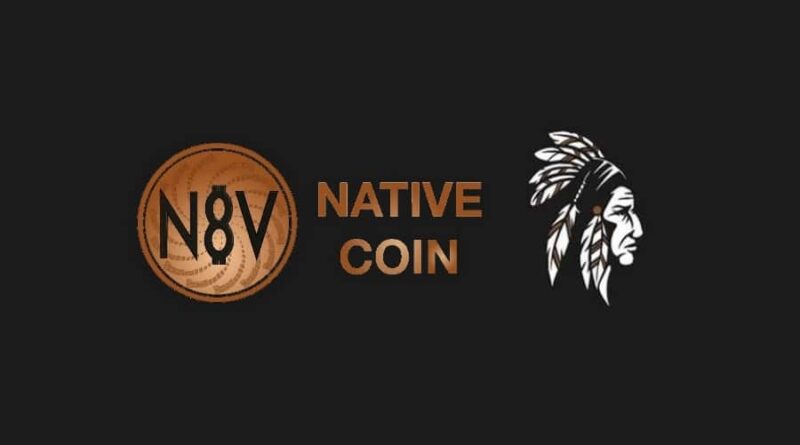 John Simmons, former chairman of the Nisqually Tribe (which operates the Red Wind Casino), wants to make it perfectly clear: “Move over Bitcoin because there’s a new chief in town!”

That new chief in the world of cryptocurrency is NativeCoin (N8V ), a sovereign Native American digital store of value currency that is poised to follow in the footsteps of Bitcoin and beyond.

NativeCoin’s Initial Exchange Offering (IEO) on ExMarkets and CoinMargin will begin on January 8, 2020, and will be conducted in three 25-day rounds, ending in late March. During this IEO, investors can purchase N8V starting at $1 USD per coin. Once the IEO has ended, NativeCoin will be publicly traded on these exchanges.

As a sovereign cryptocurrency, N8V can be used by both Tribal entities and outside investors seeking to capitalize on the growth and potential of NativeCoin. The design and use-case of NativeCoin revolve around its ability to give the outside investor an opportunity to invest into the $100 billion of revenue generated annually by Sovereign Native Casinos and Industries.

The U.S. dollar is devaluing by the day and (contrary to popular belief) is NOT backed by gold or any commodity! NativeCoin, however, is backed by the Native Indiginious Sovereign Tribes, and is a highly liquid asset that can be bought and sold for cash or other cryptocurrencies instantly.

NativeCoin is designed for use in the $37 billion brick-and-mortar Native American casino industry through the placement of NativeCoin ATMs, and is capable of being used in the future for online gaming and casino games, sports betting, point of sales purchases, lodging, trade, E-commerce, and much more.

NativeCoin’s partnerships with B-Platform, Global Force IOT, and CashQ LLC have paved the way for the launch of NativeCoin ATMs. These ATMs allow people to directly buy and sell NativeCoin with cash at their favorite casino or Native American business.

Unlike most cryptocurrencies, N8V has a defined use-case and its value lies in its utility amongst Native Nations.  It acts as a store of value that Native Americans have never held before, previously relying on the value of currency printed by the U.S. government.

NativeCoin serves as an economic driver for Indigenous Nations and businesses to connect outside of their sovereign Tribal lands, both nationally and internationally! This is something the Native Americans have needed for so long, but never had a platform like NativeCoin to launch from.

With these driving forces supporting the value of NativeCoin, investors have the opportunity to get in on the action by holding the very cryptocurrency that possesses the potential to entirely encompass the multi-billion dollar Native American casino industry.

Additionally, the limited supply of N8V Coins on the blockchain means that it is not susceptible to inflation in the way that paper money and the United States Dollar are.

On top of all this, coin holders have the ability to stake NativeCoin via the Ferrum Network, allowing them to gain interest simply by holding their N8V in their own wallet.

Even more exciting is that N8V is a decentralized finance (or DeFi) ERC20 token. This means that coin holders have direct control over the money in their wallet — not some bank, lending platform, money transfer service, or exchange.

This IEO is just the beginning for NativeCoin. The NativeCoin team is currently working on new partnerships and listing N8V on additional exchanges! To stay up to date with the latest N8V news, go to Native-coin.com.