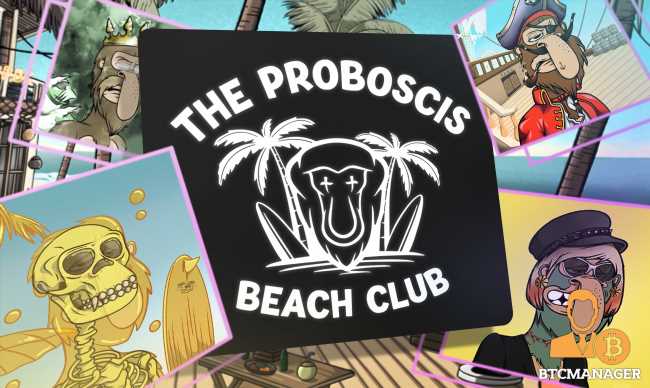 As we settle into the new year, NFTs continue to be more popular than ever, with the industry not only having a very successful 2021 but also managing to exceed all initial expectations. With that in mind, one particular project should be on everyone’s watchlist, and that is ‘The Proboscis Beach Club NFT Project’ (TPBC). TPBC is a compilation of 5,400 one-of-a-kind artwork-based non-fungible tokens (NFTs). The TPBC NFT of a user also acts as a membership ID for the project’s ‘Beach Club.’ Simply put, possessing a TPBC grants consumers access to exclusive and exceptional privileges such as merchandise, access to beach parties, and mystery boxes. Fans and supporters are encouraged to stay tuned for additional surprises as the team expands its community and gradually converts its strategy into action.

As previously alluded to, the project shall focus on selling a total of 750 NFTs via TPBC’s presale which is scheduled to occur during the second week of next month. Moreover, in the private sale which was held last month, the initiative’s 400 NFTs had been sold in less than 24 hours, during which TPBC had also received plenty of support and admiration in a relatively short amount of time.

Furthermore, a major goal for the project for 2022 is to successfully complete all of the different phases of the sale, which will involve selling all of the aforementioned 5,400 NFTs as well as accomplishing the key milestone which involves the TPBC’s inaugural member-only gathering in Bali, Indonesia.

As the name may have suggested, TPBC is also based mainly on the ‘Proboscis’ apes, native to Borneo, Indonesia. Not only have these animals been chosen as the base for the NFT designs, but they are also currently on the endangered species list. As such, TPBC plans to utilise the apes as its trademark in addition to helping preserve and increase overall awareness of the species to the cryptocurrency and NFT communities.

Ultimately, this is a new project that has a lot to offer and it is also largely based on a noble cause, that is, helping save an endangered species from the brink of extinction. To that end, TPBC shall be announcing key partnerships after the successful completion of its initial public sale this year.

How to create a Bitcoin wallet