In China, block reward miners are being ousted over their energy use, but in one small town in New York, it’s all about the aesthetics. Massena, a town along the Canadian border, has suspended the miners for 90 days as they are cluttering their streets and it wants them in ‘presentable buildings.’

Massena is a small town in St. Lawrence County, New York State, along the country’s northern border with about 12,000 residents. According to a report by the Associated Press, the town’s leadership is concerned about the proliferation of block reward miners in recent months—although unlike many other places, Massena is simply against the miners as they are cluttering the streets.

Steve O’Shaughnessy told AP that Massena officials decided to draw up regulations for the block reward miners after noticing trailers with computers in them on a main road in the town.

“We don’t want it littered with these trailers that are pumping out Bitcoin. We just want to make sure if they’re going to come here, that it’s a nice presentable building,” he stated.

Digital currency miners have been setting up operations in northern New York, attracted by the very cheap electricity rates. However, in some local communities, the visitors haven’t received a warm welcome and have ended up clashing with residents.

In upstate New York, residents have protested for weeks over the presence of a mining farm that they claim is polluting the air and heating a local lake. The farm is powered by a gas-fired power plant and is located on the shores of Lake Seneca, the largest of the Finger Lakes.

“The lake is so warm you feel like you’re in a hot tub,” one resident told NBC regarding the effect of the mining on the local environment.

Locals have been organizing protests to pressure local authorities to boot out the miners. “These crypto operations are looking for anywhere that has relatively cheap power in a relatively cool climate. It’s a horrible business model for all of New York State, the United States and for the planet,” Yvonne Taylor, one of the key leaders of the protests told the outlet. 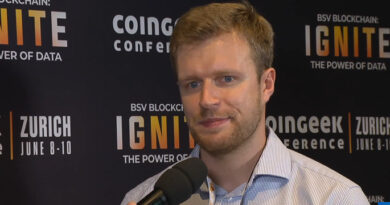