Your Bitcoin transactions are being actively monitored by the National Security Agency (NSA) according to classified documents that were released by Edward Snowden. The documents reveal how the NSA has made monitoring of cryptocurrency use a priority, especially Bitcoin. Device identifiers, internet activity and user passwords are just a few of the important private pieces of information the agency has been collecting over the years.

The NSA achieved this major breach of privacy through covert programs that harvested, analyzed and processed global internet traffic in massive scale. While the agency has long been suspected of having in its control sophisticated programs that analyze global internet traffic, the documents were perhaps the first proof of its interference in the digital currency space. The documents were availed by the infamous US whistleblower to online publication, The Intercept.

While MonkeyRocket sounds like a fancy name for a cool space instrument in The Planet of the Apes movie, it was the name of the VPN-like service that the NSA used to obtain the data. MonkeyRocket was a sub-program of an even bigger and more ambitious program known as OAKSTAR. OAKSTAR was a secret internet surveillance program that enabled the agency to monitor and intercept communications from the underlying fiber optic connections that form the basis of the internet. The covert operation was done in partnership with various corporates.

MonkeyRocket acted as a deception to Bitcoin users by having them believe that it enhanced anonymity and privacy while browsing online. The information shared was then channeled through NSA servers where it was analyzed and processed. At first, the program only monitored the information on Bitcoin’s blockchain but it later begun collecting intimate details about the users. The details obtained were retained in a file called Provider user full.csv. With these details, identifying a Bitcoin user was quite easy.

The documents by the NSA describe MonkeyRocket as a “non-Western internet anonymization service in support of counter-terrorism”. It harvested the data from Asia, the Middle East, Europe and South America. It was further described as having a majority of its users being from Iran and China. The NSA’s objective was to attract users who were engaged in terrorism to use the product which would give NSA the ability to monitor communication between terrorists and therefore be a step ahead of the terrorists.

The NSA cast a wide net and Bitcoin users were not the only targets. The other major target was LibertyReserve, a predecessor to Bitcoin that according to The Intercept, was designed primarily to finance criminal activities. The Costa Rica-based currency was closed down in 2013, but the NSA’s involvement was not disclosed then.

Are Contracts Between Financial Institutions and Ripple Responsible For Holding XRP Below $1? 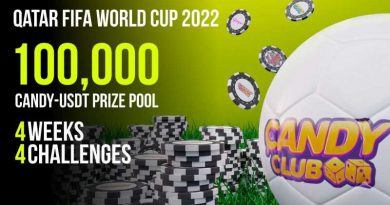