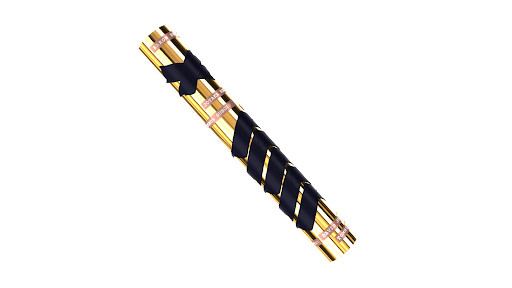 — Pace Gallery and VISIBILITY launched “Pass the Baton”, a revolutionary NFT project that supports nonprofit organizations and activists for social justice, conceived by artist Glenn Kaino and his decade-long collaborator, the iconic Olympian Tommie Smith in partnership with UNOPND, powered by Hashed.

The project includes 7,872 NFTs designed as the iconic baton that Tommie Smith has used during four of his thirteen record-breaking races. The NFTs are integrated with smart contracts that set off donations to selected nonprofits for each digital baton transfer. The project will be launched on baton.art in December.

The activists taking part in the project include John Legend, Jesse Williams, Derrick Johnson, President of the NAACP, Sybrina Fulton, Trayvon Martin’s mother and founder of the Trayvon Martin Foundation, Baron Davis, who has designated the Los Angeles Urban League, and nineteen other individuals and organizations.

Influential figures who are listed on Fortune 50 NFT Celebrities list, including Gmoney, Jimmy McNelis, Jeffrey Zirlin, and PleasrDAO are also joining the cause and adding their voices.

Moreover, every NFT will evolve rarer features when one of the selected nonprofits reaches a certain amount of donations, encouraging users to “pass” the batons.

With this project, Kaino’s and Smith’s objective is to continue the intergenerational perception of social rights that has been previously expressed by the champion in 1968 with a silent protest at the Olympic Games.

Marc Glimcher, President and CEO of Pace Gallery, says: “Glenn has spent years redefining the scope and purpose of an artist’s studio practice. With Pass the Baton, he is continuing to break new ground. Glenn is helping to define the future of NFTs by placing the NFT within the giving ecosystem of the non-profit world.”

“The Pass the Baton project is a springboard” — says the American actor, director, and activist Jesse Williams — “Celebrating the historic intertwining of social justice movements and new technologies that can propel expressions of freedom forward. When designed with intention, both can dramatically change the world for the better. I’m truly excited to play a role in bringing these forces together alongside this new legacy team of legendary change makers.”

“I am pleased that Hashed is participating in this meaningful project” — declared Simon Kim, CEO & Managing Partner at Hashed — “Especially because it demonstrates how NFTs can uniquely deliver a social message and encourage infinite donations. ‘Pass the Baton’ is sure to inspire others as a primary use case for how to harness NFTs to benefit our society for goodwill.”

About Pass the Baton

“Pass the Baton” is a revolutionary digital art project by artist Glenn Kaino and Tommie Smith, the iconic Olympian who stood in an unforgettable silent protest at the 1968 Olympic Games. The project includes 7,862 digitally-rendered baton NFTs inspired by Tommie Smith’s coveted sculptural artefact that contribute with donations to nonprofit organizations for social rights.

Pace is a leading international art gallery representing some of the most influential contemporary artists and estates from the past century, holding decades-long relationships with Alexander Calder, Jean Dubuffet, Barbara Hepworth, Agnes Martin, Louise Nevelson, and Mark Rothko. Pace enjoys a unique U.S. heritage spanning East and West coasts through its early support of artists central to the Abstract Expressionist and Light and Space movements.

UNOPND is a studio for creative projects, whose primary activity is exploring and experimenting with new ideas to apply blockchain in gaming and collectible NFTs. UNOPND aims to support innovative projects with the full breadth of expertise of its founders and the leadership of Hashed members. In particular, UNOPND will tap ideas that appeal to the wider masses who may not necessarily be deeply involved in cryptocurrency

Hashed is an investment firm that focuses on blockchain. We take pride in ourselves that we contribute to a decentralized future through our investment, community building, and support. Our efforts allow our portfolio companies to penetrate the global market seamlessly to bootstrap their communities and the company-building process. As an early investor to Kakao’s Klaytn and Line’s LINK, Hashed has invested early in the blockchain projects of Asia tech giants. Also, Hashed was the early investor of some of the most significant projects in the blockchain space, including Terra, Axie Infinity, The Sandbox, etc. We run ‘Hashed Lounge’ for early blockchain projects for their co-working and offline meet-up space. 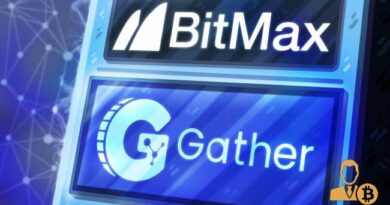